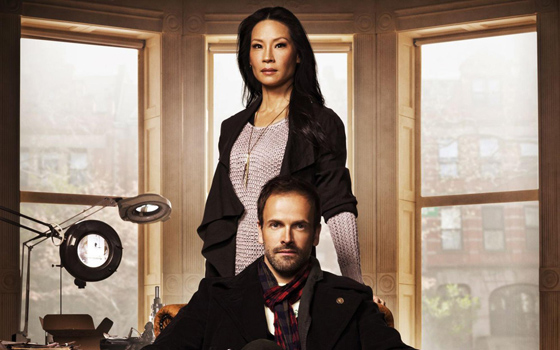 Is my Western television curse broken? Nah, probably not, though I did casually started watching Elementary out of the blue after many runs into the show on TV. So yeah, I’m up to date and waiting for the season to end, but without withdrawal symptoms.

I’m not really a Sherlock buff, haven’t read the stories, I actually avoided Robert Downey Jr’s first movie, and other than my obsession with Shirley Holmes as a kid, I just knew about the guy. Of course, my first curiosity piquing was because Lucy Liu was announced to be this version’s Watson. Lucy Liu has kind of been an Asian staple of my growing up [1] and for some reason I have been increasingly interested into Asian-American representation — and my mind quickly went there; considering the English-Chinese population… WHAT IF Sherlock had been Asian. Lucy Liu and an English-Chinese Sherlock.

Anyway, in its announcement, a lot of eyes were rolled because Elementary was coming hot off the tracks of BBC’s Sherlock, there were going to be obvious comparisons and moans about how Americans can’t stop remaking and revamping things. The good thing is that both are completely different. For instance, Jonny Lee Miller’s interpretation of Sherlock reminds me quite a bit of Gregory House (coincidentally, Lisa Edelstein guests in an episode), for better or worse. Of course, Elementary has been developed for long-lasting seasons that CBS hopes (with all their mighty hearts) to last several seasons so they can drag you for years and years, and they’re doing a decent job at it. The show is entertaining with Sherlock and Watson’s banter, and unlike Downey and Law’s interpretation, I don’t want them to be together so we can all avoid arguments about Lucy Liu being with a Caucasian man once again, gender roles, and how men and women can’t be friends.

The case on their own are interesting but forgettable at the same time — you know how it is with procedural shows now, in the end they all begin to blend in together. However, the mysteries are interesting enough to develop the characters on their first seasons, even if a little too slow (or maybe I’ve been really spoiled by Japanese television [1]) as we’re introduced to M on episode 12 (in the episode simply titled M.), and it isn’t until episode 18 (Déjà Vu All Over Again) when we finally see Watson getting in the fun. I actually never thought I would see the day of having Lucy Liu trying to pick a car’s lock.

There are still a few episodes of the season’s left, and even though Elementary is enjoyable (it’s Mother’s Approved, and she watches all procedural shows), it’s really not must-see TV… but maybe that’s a good thing.

By the way, Keizoku is much MUCH better. And they don’t need over 12 episodes for character build up or a compelling story. But it has nothing to do with Sherlock.