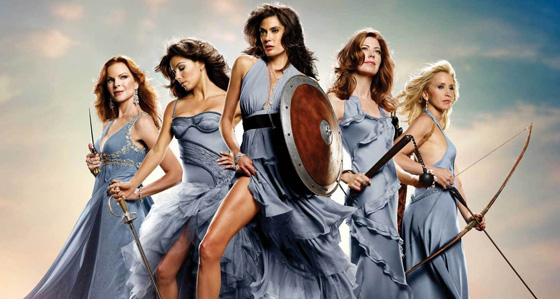 Sometimes good things must come to an end. They certainly should end before they go stale, and this is the case with Desperate Housewives. It probably should have ended when it had the five-year jump, but it didn’t… and it has continued for two seasons more from an idea that has run its course. And that’s the problem… people don’t know when to stop!

In this sixth season, there’s the new family moving into Wisteria Lane – the Bolens with their mystery. The gags are familiar, so are the jokes. It’s not like it’s bad, but it’s certainly gotten old. I mean, how much longer are we supposed to endure Susan?

There have been a few things that surprised us, like Bree’s affair, as well as Katherine’s sexual exploring. Even Gabby’s interactions with Juanita have been kind of funny with lines such as, “We’re like those people that sell oranges on the side of the road?”

But other than that, I just feel like I’m watching out of obligation until the season ends.