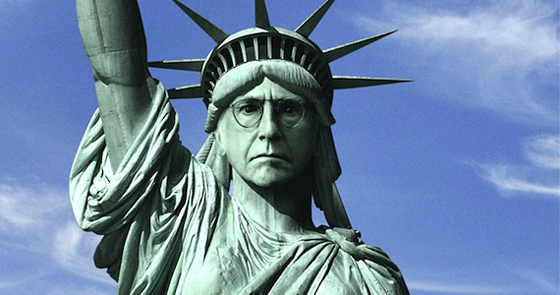 Curb Your Enthusiasm started its eighth season with a bang.

It picks up where Season 7 ended with Larry angering his wife (Cheryl Hynes). They end up getting a divorce, but instead of grieving about it, Larry spends most of the time with the Greenes (Jeff Garlin & Susie Essman) and Leon (J.B. Smoove), going through typical situations that people would face everyday in life.

Much like the first season, Season 8 is completely devoid of a storyline arc. Halfway through the season, Larry goes to New York City because he wants to avoid participating in a charity event. This time Larry embraces what he’s always been on the show: a “social assassin.” He’s willing to speak his mind no matter what and still remains as blunt and funny as he has ever been, despite karma biting him back for the most part.

The season finale was a nice way to tie up and make references to moments that took place throughout this season — for example, Larry acting inappropiately with children. He taught a little girl how to use a tampon during the season premiere, while in the season finale he taught an effeminate kid about Nazism.

Very few shows arrive to their eighth season in the best shape. But Curb Your Enthusiasm still retains its high quality for most of the season and should be regarded as one of the best comedy shows of all-time the day it comes to an end. Larry David can easily mine comedy gold out of things like Pinkberry yogurts, mutual hatred between Palestine and Jews, child homosexuality, death, baseball, annoying ticks, masculinity, etc.

Notable guest stars includes Rosie O’Donnell, Rebecca Creskoff (Hung), Wanda Sykes, Ricky Gervais and Michael J. Fox. While Gervais — who does a role reversal of what he did in Extras — and Fox were used effectively, playing exaggerated versions of themselves, O’Donnell (The Bi-Sexual) could have served to obtain a better resolution given that Larry was competing with her for a woman’s affection.

I’d love to see Larry David win the Emmy or Golden Globe for Lead Actor in a Comedy Series one day. While I understand that he’ll never win it because he plays himself, it’s still a crime that he hasn’t won it by now given that he’s one of the funniest men alive today.