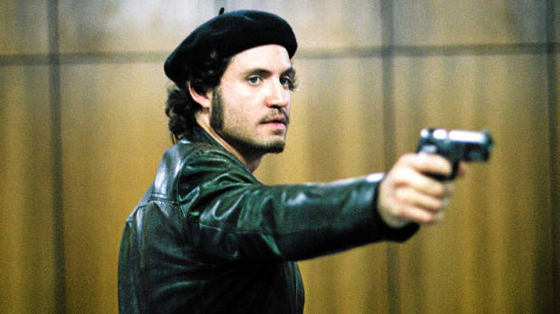 “My name is Carlos. You may have heard of me.”

In Carlos, we follow Carlos (Edgar Ramírez), who is a left-wing idealist. He joins the PFLP (Palestinian Front for the Liberation of Palestine) through Wadie Haddad (Ahmad Kaabour), who funds the pro-Palestine terrorist activities in which Carlos engages. As the miniseries progresses, we see Carlos travelling around the world committing crimes and building up his terrorist team with militants such as Johannes Weinrich (Alexander Scheer), Hans-Joachim Klein “Angie” (Christoph Bach), Gabriele Kröcher-Tiedemann “Nada” (Julia Hummer) and others to compromise for the revolution against capitalism — one of the highlights being the notorious OPEC raid in Vienna during 1975 that made Carlos very popular among terrorists.

Olivier Assayas captured the landscape and atmosphere of the 70s very well in the first two parts of Carlos thanks to the cameras and lighting employed, the smoking, the vintage cars, the music, etc. Assayas doesn’t only use Edgar Ramírez to tell the entire story of Carlos, there’s also information inserted via TV news that recaps the events that took place when Carlos was active and sticks close to known facts about Ilich Ramírez Sánchez.

Carlos is a man who started out first like Ernesto “Che” Guevara in terms of his political beliefs, but he was eventually corrupted by money and power, sidetracking him from his plans of revolution. We don’t see him in his childhood days. He’s presented as an established adult ready to take part in his most noticeable acts. He is intelligent and daring, but he can also be very conceited and cruel. We also get to see his non-criminal moments. The man himself enjoys spending his time drinking, smoking and whoring around, elements which explain his ego — he is proud of his body and penis as seen in Part 1. There is plenty of focus on the abusive relationships Carlos had with many women. And he never settles down for anything in life, even when he becomes a parent.

Edgar Ramirez’s excellent performance as the main character is the main reason why Carlos is worth the watch. He carries the entire miniseries by himself, provides Carlos with charisma and is seemingly very capable of speaking many languages when required. The supporting cast of Carlos is good and compliments Ramirez very well.

The biggest problem with Carlos was watching the third part. As opposed to the first two parts in which the story flowed smoothly, Part 3 was pretty hard to watch. Because the story rushed in order to reach the finale — in which Carlos gets arrested in Sudan in 1994 — the final part of Carlos results in a mess. To be fair with Assayas and the screenwriting, the last years of his life involving his decline in popularity and seeking places to hide — before getting arrested — weren’t that interesting. The third part still comes across as an eye sore on the entire miniseries.

Oh, and the OPEC raid took place in December. As great as that moment was shot and directed, it didn’t look like winter in Vienna. Regardless of that detail and my opinions about Part 3, Carlos still remains an interesting take on terrorism.

There is a theatrical version of Carlos running at 140 minutes, but if you’re willing to give Carlos a shot, you’re better off watching the three-part miniseries that runs for 330 minutes.