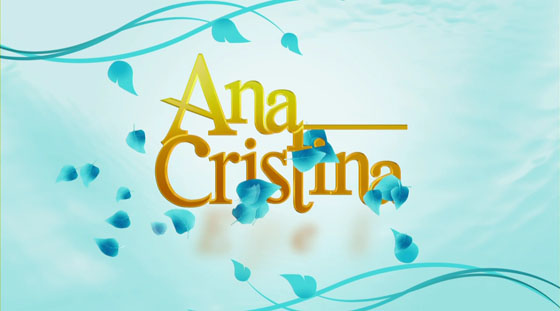 I’m not an avid telenovela watcher, but I grew up with them — and I do like melodrama. When the idea that ATV was making the first Peruvian telenovela in HD with people like Lourdes Berninzon, Teddy Guzman, Mariela Alcala, Julian Legaspi, Javier Valdez and Sonia Oquendo came about, it was… interesting. The foundation in Ana Cristina had good intentions, so how can one not at least try it out?

The setup story begins 20 years before Victoria — played by Alessandra Denegri — a young spoiled child, mothered by Sonia Oquendo’s now perpetual bitchy mother, informs her daughter that their status as owners of the Aragon hotel chain depends solely on her marriage to Anselmo — later played by Valdez. Anselmo is in love with Soledad — later played by Venezuelan actress Mariela Alcala — but marries Victoria because she’s expecting his baby. Little does he know that Soledad is also pregnant, and that his mother-in-law wants to make her disappear with the child.

Fast forward 20 years into our day and age. Victoria is now a fully grown adult, played by Berninzon, married to Anselmo, and raising their two spoiled kids, who are now young women. Soledad’s baby grows up into a young woman named Ana Cristina (Karina Jordan), who is raised believing her aunt (Teddy Guzman) is her mother and never knowing her true identity — probably until she meets Gonzalo (Segundo Cernadas), who happens to be her half-sister’s love interest.

Amongst all that melodrama, Ana Cristina is just a simple story of a good poor girl that falls in a requited love story with a good rich boy that happens to be involved with a rich spoiled girl — which would be insulting to an audience if we didn’t know this was a telenovela. Telenovelas have their own standard; however, unlike a telenovela like Gloria, Ana Cristina is not aware of itself and its faults. It puts together this pretty great ensemble of actors — we’ve got, at least, three great actresses that could play great antagonists (read: bitches) — and we hand them this bland story of a love triangle within a love triangle.

Ana Cristina also prides itself for its setting. Producer Rodolfo Hoppe, who put together other telenovelas like period-piece Luz Maria, misses on this one, at least when, as an audience, we are placed 20 years before our central story. Makeup and costuming is poor and doesn’t make us believe this may be the early 90s, especially considering some of the more “rural” settings. But once we forget about the past, Ana Cristina works as a pretty commercial for Peruvian settings… which I guess isn’t bad. After all, if New Zealand can pimp  their pretty resources with Lord of the Rings, we certainly can do it with a cheesy telenovela, right?

The acting seems fine from the more seasoned actors who are used to the telenovela format, but female lead Karina Jordan is missing a little spark, but fairs evenly with the rest of the younger cast. The writers seem to build tension — even though they’re mostly focusing on the relationship between Jordan and Cerdanas — who is a pretty boy, but is a bit bland in his leading man role. But drop in the subject scene by scene, like when Gisela Ponce’s character (Victoria’s baby sis) informs her dad that she doesn’t want to study to become an Aragon heir, but a drummer. It creates a certain tension between her and her only family ally, but that’s dropped easily with a simple father/daughter chat, in which she agrees.

The series is set to last a whopping 130 episodes. Considering how straightforward and how unaware of its telenovela cliché it is, we pretty much can tell where it’s going and how it’s getting there. Pity.