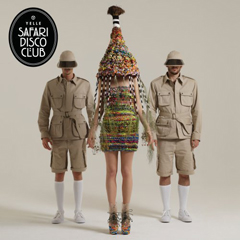 Safari Disco Club isn’t as exciting or dance worthy as Yelle’s previous works. Pop Up was much more exciting than this album. Most of the songs feel drawn out and quickly make you lose interest. The best song in the album is Safari Disco Club and then the rest feels pretty bland.

Que Veux Tu and Comme Un Enfant are pretty catchy too. But from there on I can’t say much. Most of the songs seem to blend into one another. I even felt like skipping most of them. Unfortunate, since I couldn’t stop listening to Pop Up.

The only redeeming quality is that it could still be good background music for movies or fashion stores. Other than that, not an album I would listen to over and over. If you’ve never listened to Yelle, go listen to her previous work. This one won’t impress you much.

You be the judge. Preview it in Xiami.com | Like it? Buy it in Amazon.com | iTunes.com