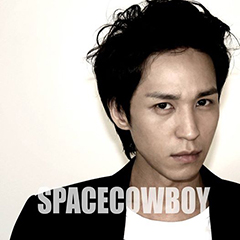 In 2014, Spacecowboy (스페이스카우보이) gifted music fans one of the most brilliantly rendered examples of form and metaphor with Extremely. The entire mini-album is a practice in concept and story telling. The album’s title itself suggests a musical experience of extremes—two sides of a story sitting opposite each other and expressing different emotions.

Opening track and lead single Falling is an amalgamation of the tiny tortures we go through each and every day. The sound begins small, a piano and an otherworldly vocal laced with an alien warble indicative of the use of autotune. Our protagonist does little more than sigh a lament about a lover who’s abandoned him. There’s a sadness in her eyes, a haunting gaze that our intergalactic hero has burned into his memory and now remembers as a heavy rain on the soul: “Close to me, your turned back is getting farther away. Your sad eyes that looked back at me. Baby, cry, falling.”

The introduction of a conflict of self: feeling a heartache because of being abandoned but being incapable of letting go, or even dismissing the pain of the other part. However, once he swallows past his lump of emotional apprehension, his mind remembers that pain and grabs onto it as a means to fight back and fight through. Representing the more aggressive side of the psyche, guest rapper Soul Dive paints a much darker scenario:

I’m jealous of those who have good dreams
I’m living in a nightmare, drunken with alcohol
My bloodshot eyes, my tightly sealed lips
This is now my face starting from some point
At one time, I was so angry
Thinking that no one cared about me
Seems like even the gods left me
I’m breaking down like a sand castle from endless waves of loneliness

The sun rises and sets, the seasons change
Why is it always nighttime and winter in my heart?
I hate everything about myself so I can’t look into the mirror

This is a man for whom pain is a constant companion, a ceaseless reminder that it’s not just a lover who’s left him. The world has abandoned him, left him raw and bare naked to himself and those around him.

This theme of duality continues with the next two songs: again, two halves of the same whole. You Are Now Different From Me first makes use of the crystalline prettiness of Slow J’s voice. Hers is an expression of finality. She’s been hurt but has managed to put the past behind her. She proclaims, “It’s alright. You walk away,” as if she’s come to terms with the fact that they no longer belong to one another.

However, Kim Woo-joo, her male counterpart and presumably the ex, sees the experience with much sadder eyes. While Slow J’s music has an elegance about it, all lush strings and seamless transitions that speak of a maturity and unnerving sense of entitlement, Woo-joo’s begins with a greater sense of melancholy, then morphs into a sparse beat, less of a flow between each note as the beat breaks up the smoothness one would expect from the male in this situation. Instead, we get a man who’s having a harder time coping with the loss of his other half. There’s a substantially more pronounced sense of longing in the falsetto here. He’s reaching out for a woman who’s long since moved on. It’s telling that the music extends a bit longer after he’s finished singing, as if there’s still a lingering want Woo-joo is incapable of expressing vocally.

As the album closes, we experience a return to the beginning with Spacecowboy’s solo rendition of Falling. This time there’s a decided lack of anger and resentment. As with Slow J’s acceptance of her situation, Spacecowboy seems to be take the cuts and bruises life has dealt him in stride. While the opening of the album was all lush composition and sweeping emotions, the ending song has an added element of funk. No bode instruments or intense tirades about the darkness of one’s soul. He’s experiencing the act of falling as if it’s just another step in his journey.

What Extremely accomplished in four songs many artists fail to do in ten. He tells two very complex stories and does so with masterful musical control. The guest stars were brilliantly selected. Soul Dive added a dimension of anger, while Slow J and Kim Woo-joo both played their roles with all the emotion indicative of a breakup. Spacecowboy doesn’t make use of a traditional vocals himself, instead opting as always to shroud his vocals in autotune. Though while most mainstream uses of the computerized vocal only serve as an accessory or a piece of costume jewellry, Spacecowboy uses the effect to sort of distance himself from the his more earthbound costars.

A beautiful experience and one that still lingers in the heart.