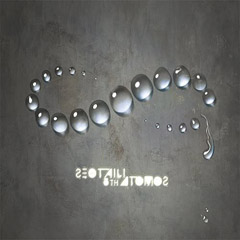 After how many years… six? And a whole year of waiting since the announcement, Seo Taiji finally released Atomos, his anticipated comeback. That alone is too much expectation, so it’s no wonder I feel totally let down by the album. Before this, Taiji released two singles titled MOAI (with single MOAI) and Secret (with single Bermuda) which weren’t at all bad. The album is pretty much both singles with a lot of remixes, total downer as album work goes, considering how masterfully put the last album, Issues, was.