Radiohead – The King of Limbs 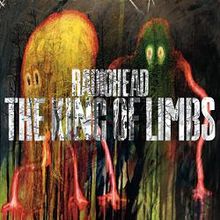 Radiohead’s eighth studio album, The King of Limbs sounds like a continuation of what was started with 2007’s In Rainbows, only much more electronic and much less like old Radiohead. It is more approachable than previous Radiohead albums, yet it is abstract, enigmatic and complex. It starts off with Bloom, a slow, progressive piano tune, with plenty of layers and effects that would give James Blake a run for his money. The album continues on into a sonically spacious, mellow and meditative experience, which is as far away from the harshness of The Bends and the grunge of Pablo Honey as it can possibly be, but true to Radiohead’s artistically challenging essence.

Dark and atmospheric, Radiohead’s The King of Limbs is a rather confusing enterprise. It evokes shadows in a peaceful and calm manner, much different from the haunting ghosts present in their previous releases. It is flowy, beautiful and lyrically charged, providing a rather special and unique experience for the listener. It has everything – from dreamy and rather upbeat tunes like Separator and the first single Lotus Flower, to dramatic ballads like Codex.  It is well executed; rhythmically balancing human sensibility with machine beats and programmed sounds. Yes, this is not old Radiohead. The essence of it, however, is still intact. That harmony between instruments and human voice, strong basslines and eerie, fragile vocals is still there, and in this new setting, it works just fine.

I understand some Radiohead fans might not be pleased with Thom Yorke’s foray into the post-dubstep world, and ordinarily, neither would I. The album haunts you, however, to a point where you find it exquisite and natural.  Fans of post-Nirvana Radiohead might not be too fond of this album, but Burial lovers would definitely enjoy it. As for me, I have learned to appreciate it, despite my disappointment. This is the new direction they’ve taken, and it is here to stay.