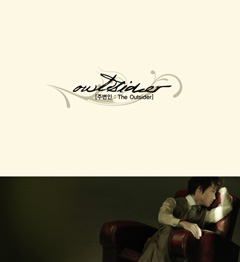 Speed is his forte and this mini-album is as fast as his lips. Outsider comes back after a long hiatus and he puts some well deserved light on the Korean rap scene.

I am no big fan of rap in the slightest, but I find myself nodding my head to the beat as I listen to this album. I’m amazed at how fast this man raps. Korean is not the easiest language to pronounce, and he being able to do it at such speed without missing a beat is impressive, to say the least.

What’s great about this album is the overall feel. Outsider raps fast but he raps with feeling and has you agreeing to whatever he is rapping, even without you knowing a word of Korean.

If you haven’t really given Korean rap a chance, you might want to listen to it. It is relaxed yet with the force of the genre and the way Outsider raps, it makes you forget whatever other thing is going on in your head. You will find yourself listening carefully to the words.