Nina Sky – The Other Side 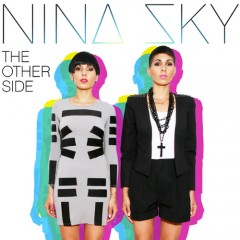 Most know twin sister act Nina Sky (Nicole and Natalie Albino) from their classic reggaeton days, back in the early 2000’s. Move Ya Body, Turnin’ Me On and Oye Mi Canto are still regular club jams, a claim to their cultural impact.

Fast-forward to the end of the decade – the twins have transformed from Latina princesses to New York hip-hop hipsters. They got a fresh sound, and the twins sound more alive on The Other Side than on any of their work with major label reggaeton pioneers.

Production is impressive, considering the record was released independently online. Excellently sampling Sagat’s 1994 hit Why Is It? (Funk Dat), lead single You Ain’t Got It (Funk That) is classy old school amped with deep house-y bass and silky vocals.

Old school is back with a new school resurgence. If Nina Sky is riding the trend train, at least they’re doing it right. All the other tracks fall in the vein of vintage-meets-modern R&B/hip-hop – Salaam Remi production Too Long To Let Go goes heavy on the breakbeats, while the 80s-washed remix to Beautiful People is a charming, vindictive take on club infidelity (it’s a lot cheekier than it sounds).

Their image alteration isn’t a jarring change. It’s a progression, and Nina Sky seem to have their musical feet placed more comfortably on the ground. Not to say their reggaeton roots were to be ashamed of – got everybody grinding, did they not?

If The Other Side is any indication to their newer sound, dropping Daddy Yankee and N.O.R.E. for pixie cuts and playfully inspired producers was a fine decision.

Preview on Xiami.com or get it at Bandcamp