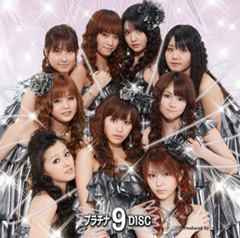 I am no big fan of Morning Musume albums. They are, for the most part, filled with the released singles and some filler songs that probably were meant to be singles, but didn’t make the cut.

So imagine my surprise when I was able to listen to this album from beginning to end. When they released Resonant Blue I was so excited. Finally a song that was in time with the music scene and a sexier style. The next single I Might Cry had the same beat as regular MM songs, but the lyrics were at the same level of Resonant Blue.

This album is a new direction for the group, members that rarely get lines now have whole solos. Their sound is not overly bubblegum-pop as it has been these past years, and it feels like MM is going back to their roots of sophisticated light R&B songs from their debut.