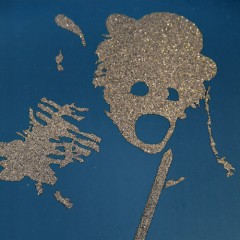 This is a collaboration 13 years too late.

Think about it — Burial would have been the perfect choice to remix any of the tracks from Massive Attack’s 1998 classic Mezzanine, an album so dark and moody it could cause an event horizon in your living room. It was definitely the first and last urban dance album of its kind until Burial’s self-titled debut dropped in 2006, with its grim, grey dubstep beats and sampled R’n’B spectres.

Burial’s style is borne out of the wasteland Massive Attack created, one which they’ve been steadily abandoning over the years, culminating in the sadly tepid ‘comeback’ Heligoland, as released in 2010.

The two cuts on this limited vinyl-only release have been culled from that album, or, as in the A-side Four Walls, from its various recording sessions. It’s this track which impresses the most, a 13-minute funereal soundscape with a Hope Sandoval vocal that drives the track along like a sandstorm at night. Beautiful stuff.

The B-side’s remix of the brilliant single Paradise Circus is surprisingly disappointing though, keeping too much of the original vocal intact, an uncharacteristically lucid move on behalf of Burial, who’s at his best when working with female samples of indefinable origin. Here it sounds like he’s just put the a capella over almost the same kind of beat used in Four Walls, one which, in tempo, harks back to the Mezzanine classic, Teardrop. Perhaps after 13 years UK dance has finally come full circle.