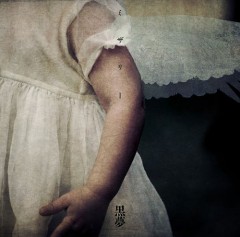 After 12 long years, Visual Kei pioneers Kuroyume come out with a new single. This single reminds me of the reasons why we love Visual Kei. It’s not quite hard rock, not quite pop and not quite anything else. It’s taking rock music and making it something properly theirs. Kiyoharu’s vocals are as they always have been; so particular yet so fitting. The instrumentation is what you would expect from such an experienced band, wonderful.

Mizery is oh so oldies Visual Kei. It’s melodious and true to Kuroyume’s music, especially the chorus. Darn song has been stuck in my head all day. My favorite, though, is the second song, Paraphilia. It’s dark, mysterious and refined. It has the feel of an Ero-Guro type of Visual Kei song. Kiyoharu’s voice fits this type of song so much better.

While the songs are great there’s only two songs for this single, which left me wanting more. I would’ve liked if after a total of 12 long years, Kuroyume would’ve made a bigger comeback for their fans. Fans still love it, of course, but this writer thinks it needed to be a lot more impacting than just two songs. It’s Kuroyume we’re talking about here! Hopefully, they come out with more in the future.