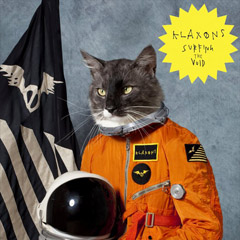 Klaxons is one of the most exciting bands of the last decade, so there was a lot of expectation for their second album. In Surfing the Void, Klaxons’ music has evolved into a stronger and maturer sound, similar to the previous album but meatier.

There are a lot of great moments like the first single Echoes, Surffing the Void and Venusia. Beat-driven sequences with imperfect voices, but even if Klaxons have found their own style, there’s still a long way to go.

Is Surfing the Void better than the masterpiece Myths of the Near Future? No. Maybe it was the expectation, but the good thing is that Klaxons are still evolving and trying new things, which means that we can expect a lot from them in the future.