Kate Nash – My Best Friend is You 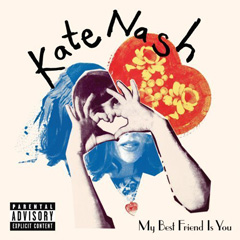 After the fresh Made of Bricks, Kate Nash comes back with an album that’s better produced, but loses the rawness of her debut. My Best Friend is You still sounds like Nash, but that bundle of quirky energy has now been contained. Even the weakest tracks on the album feel like playable tunes for the radio, which is great for commercial success, but they do little to explore anything beyond that.

In I Just Love You More, Nash channels her inner Bjork with wacky screams and sounds to a rocking beat, but quickly goes back to her serious-themed but happy-go-lucky melodies that are now her signature, even if she’s really pissed off in the first half of Mansion Song.

Highlights: Don’t You Want to Share the Guilt, Take me to a Higher Plane, Later On, Pickpocket.