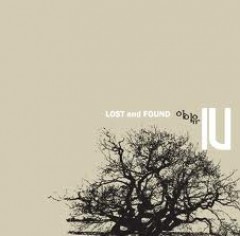 Just 15 years old, IU debuted on to the Korean music scene with LOST and FOUND. I ask you to take some time and listen to this album, doesn’t sound like a 15-year-old right?

The album sold poorly in Korea. I believe that’s because LOST and FOUND sounds so mature — the sound and style of the album does not go hand in hand with IU’s age.

The first two songs of the album Ugly Duckling and Mia are very solemn ballads, Mia being a power ballad beyond this world. I have a hard time digesting that little IU could sing such a powerful song. Then we have a very awkward brake with You Know, awkward because the song is very light and youthful — a very big contrast to the previous two songs. From then on the mini-album turns a bit smooth rnb with Feel So Good and Every Sweet Day.

LOST and FOUND really showcases the vocal talent that IU possesses. I guess, then, Korea wasn’t ready for it back in 2008.