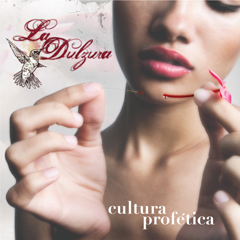 La Dulzura has a very ‘world-music’ feeling to it. It’s great lounging music. Although quite long with twelve songs full of socio-political, cultural and romantic lyrics. There’s not a single song on it that is not mellow, but Willy Rodriguez and Boris Bilbraut’s voices keep you listening. Of course, the length of the songs and the steady reggae base all throughout the album is a bit of a downside, making the album feel slightly drawn out at times.

The two songs used to promote this album were La Complicidad and Baja La Tension, both of which were extensively played in all the major Puerto Rican local radio stations. La Complicidad is one of those drawn out songs that make you eventually want to move on to the next song, which makes it hard to listen to on the radio. Putting that aside though, it’s a mystical song with beautifully constructed lyrics. This is one of the best examples of Cultura’s poetic prowess on the album.

The song that succeeds that one, Amante Luz, is much more Cultura-like in its lyrics though. There’s that love profession for the motherland. Other songs you can’t miss would be Somos Muchos, completely sung by Boris Bilbraut, and Verso Terso, which has more of a cultural approach with its lyrics with Billy Rodriguez wondering or more like worrying about where the Puerto Rican music industry is going.