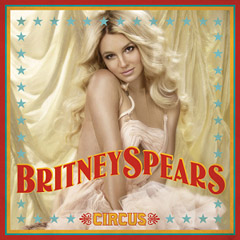 Hate myself for saying this, but Circus is not as bad as I thought it could’ve been. The fact is, the album has some pretty catchy tunes, which include the first single Womanizer, Circus, Shattered Glass, Radar, and my guilty pleasure If U Seek Amy, a song that is pretty smart in the simple MadGab wordplay — it had to be produced by Max Martin.

The album doesn’t sound like a dance club compilation, and it even has a beginning, middle and an end, probably marked by the three breather songs, Out from Under, Blur and My Baby. However, the latter feels like it was added at the last minute, as it doesn’t really fit with any of the other songs, and is followed by Radar. Perhaps My Baby should have been added as a bonus track instead, and another song on the same line as Blur could have worked better. All in all, Circus works as a decent dance pop album, despite its faults.