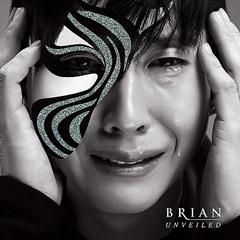 Brian Joo released his third solo project Unveiled. It takes a bit of a different direction than anything he did with Fly to the Sky or on his previous albums. He added a lot more soul to this album and it turned out great.

As much as I really like 눈물의 구성요소 (The Components of Tears) — it’s a beautiful R&B ballad — there is something else to be said about the English version of it. The vocals seem much richer, and I think the lyrics flow a lot better than the Korean version. Which, to me, seems rather rare, as it’s usually the other way around. I find that when singers change originally Korean or Japanese songs into English they sound awkward and the vocals are toned down (I’m looking at you, Rain.) Yes, Brian is a native English speaker, but that doesn’t mean that the lyrics would naturally fit.

On 사랑하다 끝났어 (Love Is Over) Brian expresses such pain and anguish with just his voice one almost wants to cry along with him as he loses his love. It proves why Brian remains in the spotlight after the (supposedly temporary) split from Fly to the Sky. Then out of nowhere we get to 나도 약속이 있었으면 좋겠다  (I Wish I Had a Date), and Brian throws some soul into the mix and we get a great Al Green sound from him. 24  is a mid-tempo ballad, a nice easy listening track, but nothing stand-out. However, when we get to Song 4 U, the beats are amped up, there is a great drum bass line and it’s a nice up-tempo song that is delightfully free of auto-tune.

Unveiled is a great, upbeat album that doesn’t rely on the electronic power of auto-tune to make it run. It’s easy to relax to, but doesn’t make me want to fall asleep. In short, a soulful mini-album that showcases all of Brian’s talent. Please be sure to check this one out.

Best Track: Domino (I think this could make it here in the States — what do you think?)