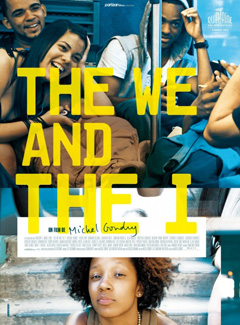 Have you ever sat through a viewing of Larry Clark’s Kids without groaning and moaning about “these kids” who can’t seem to get their lives together and seem to be the most annoying excuses of human beings? Then maybe Michel Gondry’s The We and The I might interest you in ways that might turn off a vast majority of an audience.

Be prepared for the most annoying bus ride of your life. And no, you can’t get off the bus.

Though Gondry’s style is slightly present in certain segments, this is largely a departure from the usual visual flare that invades his films, which in turn makes it an odd watch for Gondry’s usual fans. Being the last day of school, Gondry follows a bunch of students on a bus ride from hell, in a fictionalized drama that reads a LOT like a docu-drama of the problems invading teenagers’ lives nowadays.

My first reaction to The We and The I was to ask myself whether it was THIS horrible for young people and the people around them today. We have all followed the news of escalating abuse (past the level of bullying), reaching the limit of disgust when that video of the bullied bus monitor not only spread online but on news channels. Imagine being on that bus and not doing anything while a bunch of teenagers take the piss out of everyone on the bus, be it an old lady who had just been trying to stick up for two little kids or a grown man who gets off the bus as the teens stick gum on his back. It’s tedious and a challenge to follow the story of these kids who act one way when they’re in group, while transforming completely as one by one they begin leaving the bus. And through it all, neither Gondry nor any of the storytellers will judge them.

The acting can be called quite naturalistic as Gondry chose to have all amateur actors, all teens from a Bronx-based community program, whom I supposed should be relatively familiar with what Gondry asked them to portray, since their names were all kept for the characters. Though certain dramatic scenes seemed a little forced or awkward, like the fallout of the Carrasco siblings, The We and The I gets some very nice moments where everyone’s feet are on the ground, like Michael’s (Brodie) No-BS-talk with Alex (Barrios), as well as Teresa’s (Lynn) storyline and whose character development seemed the most organic in the film.

But tell me, what kind of adult would want to sit through over a hundred minutes of watching characters they don’t like. That’s the kind of filmmaking The We and The I is. I know plenty of people who hated Kids for its characters, even if loving the characters in these stories isn’t the intended effect. It’s a very age-specific piece, one which today’s youth will mirror themselves if they ever decide to watch it now… or maybe in a couple of years.