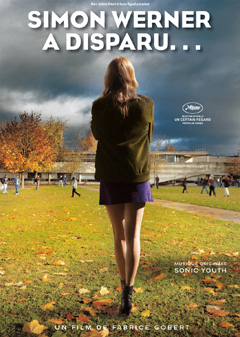 In the suburbs of Paris in 1992, a 16-year-old teenager named Simon doesn’t show up for class. A few days later another student goes missing. The next day, a third student disappears.

The French original title for this movie is Simon Werner a Disparu which means “Simon Werner has disappeared.” The official English title, though, is Lights Out, which in my opinion doesn’t really represent the story of the film. I think a direct translation to English would have been better.

Although Lights Out is a high school film about a group of teens, it’s not a high school gossip drama. We get to follow these teens, one by one, and how they experience their classmates’ disappearances. There is quite an interesting narrative structure, which features four different vignettes for the four different teens we get to follow. Every time we get to see a bit more of the same series of events but from another teen’s perspective, getting more and more information about the disappearances.

Some people have compared this film to the American movie Brick, but I don’t see any resemblance and I would say that it’s not even close to being as brilliant as Rian Johnson’s film. Lights Out is still a well made film for being Fabrice Gobert’s first full-length film. He really manages to create and capture the melancholy with all the gray and dull surroundings. However, to me, the whole film was a bit too even and a little too slow. There is no big revelation or shocking moment or anything. We get to watch it all happen, and once we finally get to see what’s going on – that’s it. As a viewer you never go, “Aha!” but it wouldn’t have hurt the film to include a couple of those.