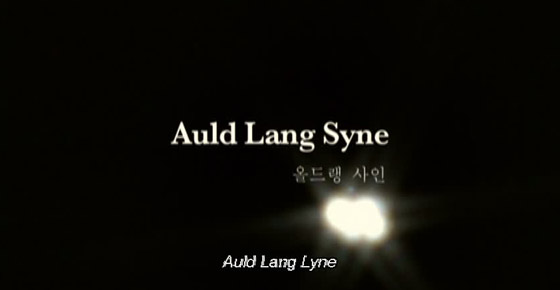 Auld Lang Syne follows two Korean men that used to be lovers, as they meet once again by chance. In it, Chang-sik (Kim) is sitting, minding his own business, when he sees Sung-tae (Lee) asking for food.

Life seems to have been tough for Sung-tae, who seems distant compared to the eagerness of Chang-sik. It is just a bit later when their relationship starts becoming more than just friends, and it’s devastating. Here you have two grown men, who seemed to have been really close, but meet as strangers living separate lives.

Both of them care deeply about each other and are trying to recapture what they once had.

Finally, Chang-sik’s daughter-in-law calls him up wondering where he is and if he’s had dinner. He obviously moved on by having a family, and this is the breaking point for Sung-tae.

A short like Auld Lang Syne, though more about the drama and the decisions people make, also shows us how society’s prejudice can make someone pick the wrong choice and have to live with it.