Américo, woah did the crowd go wild for him and how he mesmerized everybody with his beautiful voice. It was no surprise to me as to why this singer from Chile is in high demand right now. He is charismatic, looks very good and did I mention his voice? He can hold a clear note for so long. I was left wanting more.

Mixing some of his original songs with covers of beloved songs — he really does have something for everyone. He mixed tropical, cumbia, salsa and some ballads — wherever I looked, people were dancing and singing along.

I think that the best way I can sum it up is by saying this: I really, really want to buy Américo’s latest album. 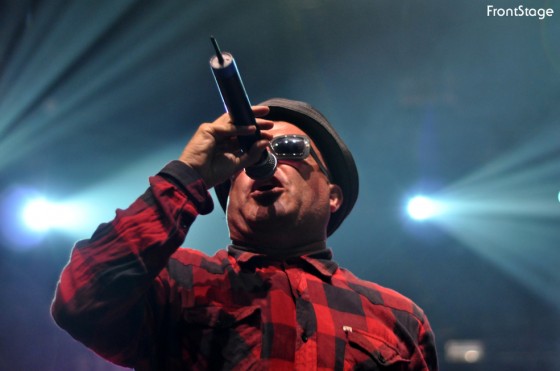 Chico Trujillo came out on the stage and just went nuts. They just ripped of a wave of madness. I was trying to take pictures and it was impossible, they just wouldn’t stay still for one second.

What I know about this band is that they are called the best when it comes to the Chilean cumbia — I guess I wasn’t expecting them to bring so much madness (seeing as I was expecting more traditional cumbia). But it was fun madness, they just went with it and kept at it for a long while. The energy they brought to the place was off this world, it was a real experience to see them live.

They are really entertaining so I understand why they are so beloved in Chile as well as around the world. They are booked to play in several cities around Europe as well in New York and Lollapalooza(!).

Selam sounds managed to bring the fun Latin America has to offer music wise. There was a great combination of styles being presented to the audience. I am sure that no one was left unsatisfied.

A festival completely dedicated to Latin music and with every ambition to make your feet ache. What is not to love? More Selam Sounds for the Swedish people!