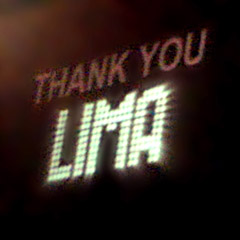 The place? The “Estadio Nacional”. The People? The KISS Army. The time? Nine o’clock. My friend “Puppy” was with me, and we were waiting for what I believe was one of the best shows ever presented in Lima. Kiss was going to play that night!

There was a lot of people, all different ones… young people waiting to see if the band was as good as their parents had said. Old people with their eyes filled with joy – one of them said he’d never thought he’d ever see them. He’d waited 30 years to see them live. Despite that, the concert was not completely sold out. I could easily spot empty seats around, but Puppy gave me the answer. Iron Maiden gave a concert just a few weeks prior to this event, which had fewer weeks of promotion and was also a bit pricier.

We were really excited and counted the minutes to the show, and the cans of beer we had brought like any soldier of the KISS Army. I was ready for everything. I even had a pack of tissues and my inhaler… you know, just in case. I was 100% ready to rock and roll all night.

Lights off, and everyone went nuts. The lights lit the stage up, and Paul Stanley’s familiar voice broke the ice “Buenas noches, Lima. Esta noche es la noche.” [Good evening, Lima. Tonight’s the night.] – They began with “Deuce,” jumping up and down as we started singing along. However, I was taken off this experience when I realized people weren’t immersed into this like I was a minute before. In fact, it was horrible seeing everyone taking pictures and recording EVERYTHING.

Overall, the concert was great… at least for me. Peruvian fans got far more than what we had hoped for. Fireworks, music and the vibe around us. It was probably the hottest night in Lima. I hope they come back soon… ‘cuz “I can’t get enough of you, baby…”