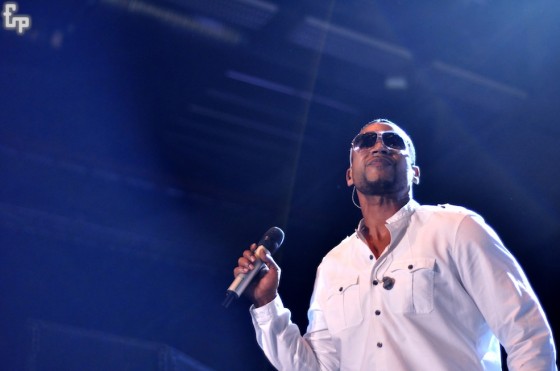 It was one sweaty dance party. Annexet had sold-out, people from all nations and ages attended the event. “El rey del Reggaeton” kicked off his European tour in Stockholm and managed to raise the temperature in a city where the summer has been very chilly.

I think Don Omar proved the impact he has made on the reggaeton genre with this concert. Wherever I looked people were singing along to all of his songs, while little old me just sang along to his old songs — from his debut album The Last Don — and of course Danza Kurudo. I have never seen so many hands shoot up towards the sky so quickly. It was pretty fun.

But it wasn’t all fun and dance. Don Omar took his time to speak about the importance of sticking together, especially the Latin community that resides in Sweden, as well as how important education is. For all the fun he invokes, he also makes sure to inspire his followers. I give him a lot of cred for that.

In all, a very decent concert. Don Omar kept the energy going and the booties shaking. I think the only negative thing I have to say is that the concert was too short — just over an hour –and I would have liked to listen to more of the older songs. Yet, I am happy that I got to see Don Omar live.

It was also a huge reminder that I have been absent from Latin music for a while. It was extremely satisfying to dance along to the traditional reggaeton beats, my body just went with it even though I wasn’t that familiar with some of the songs. But that is the beauty of reggaeton, those booty-shaking beats that just invite you to dance until the sweat is running.

Don Omar will be touring in Europe until august 21st. If he is coming to your city, do go to the concert. It is a very satisfying experience.

More info about his European tour can be found on Don Omar’s official website.

All photos by Peter Andersson/Frontstage Photo.