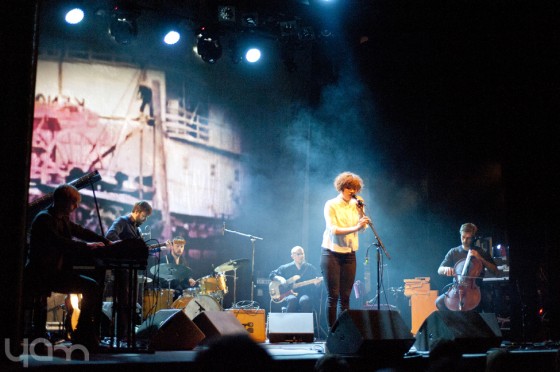 The American singer songwriter Jason Molina is for many of us an unknown name. The reason for this could be that he has performed under many other names. In the beginning of his carrier he played under the name of Songs: Albian, Songs: Radix and Songs: Unitas. Later on, he changed names to Songs: Ohia, which he kept until 2003 when he changed names again during a tour to Magnolia Electric Co.

All in all he has released a total of 17 albums and has worked together with many other singer songwriters, aiding them in their music. Even though his country/folk style music has not reached the vast masses, his songs and lyrics together with the collaborations with other artists has inspired many, and he remains an idol for a lot of artist. Since 2009, however, not much has been heard from Jason Molina. All that was known was that he became ill and had to spend a lot of time at the hospital. Since he did not have any insurance, the treatment has lead to many large debts. Therefore, Jason’s family started the Jason Molina Medical Fund.

The show tonight at Södra Teatern was a support concert for it, and the money went straight to his Medical Fund. Many Swedish artists had been invited for the show; together with a house band, artists like The Tarantula Waltz, Idiot Wind, I’m Kingfisher, Promise and the Monster, The Grand Opening, The Tallest Man on Earth, Muxica77 and Dear Euphoria played. The band would interpret covers of Jason Molinas songs.

The Tarantula Waltz took the stage first, introducing themselves to the people in attendance at Södra Teatern arena. The audience, made up of what was predominantly middle aged people, showed their appreciation by offering a humble applause. The Tarantula Waltz played the slow and emotional song It’s Easier Now, which was a perfect start for the night. Each artist played only two songs, and after The Tarantula Waltz, Amanda Bergman of Idiot Wind took over and played Just Be Simple and Old Black Hen, featuring her special raspy and vintage voice. Idiot Wind thanked the audience as Thomas Denver of I’m Kingfisher took over and played the songs Tigress and Leave the City in his own Indie/Folk way, featuring his beatnik type of dancing, which I found amusing. As I’m Kingfisher danced out, Promise and the Monster came out and played two songs from the Songs: Ohia 1997 album, Didn’t it Rain, Blue Chicago Moon and Steve Albini’s Blues.

Finally, before the end of the first half of the show, there was John Olsson, aka The Grand Opening, who played The Gray Tower and Long Desert Train. Olsson alongside Markus Svensson from The Taratula Waltz organized this tribute concert, and they both got a warm welcome together with cheers as he exited the stage.

Unfortunately, photographers were only welcomed during the first half of the show, but I feel that I have learned a lot about the other unknown singer songwriter Jason Molina, if I have to be honest, just like I did about the Swedish indie and folk stage that I wouldn’t have been that familiar with otherwise.

Promise and the Monster

Promise and the Monster