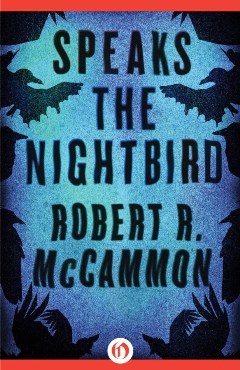 It is the year 1699 in the British colonies of America. The magistrate Isaac Woodward and his young clerk Matthew Corbett are traveling from Charles Town to the settlement of Fount Royal, separated by miles of wilderness from the Spanish region of Florida. Their assignment? The trial of the accused witch Rachel Howarth.

From the first page of captivating description, Speaks the Nightbird engages the reader in an environment of perilous nature and treacherous natures. Even though the actual investigation takes a while to start, the tone is exciting throughout. Mysteries are filled out with drama as the reader encounters many sad backstories, including that of Magistrate Woodward.

While Woodward’s conflicts and insistence on proper legal procedure form a core part of the novel, it is the clerk Matthew who emerges as struggling champion in the pursuit of truth. Matthew is a believably intelligent youth, good-hearted with determination that proves bothersome to any he questions. He is quick with incisive wit, even when stumbling through deductions (and his feelings towards Rachel), or confronting those stronger or more powerful than himself. When told that everyone moves on with life after injustice occurs, Matthew replies:

“Oh yes, they go on, with crippled spirits and broken ideals, they do go on. And with the passage of years they forget what crippled and broke them. They accept it grandly as they grow older, as if crippling and breaking were gifts from a king. Then those same hopeful spirits and large ideals in younger souls are viewd as stupid, and petty…and things to be crippled and broken, because everyone does go on.”

The primary theme coursing through the stories of all characters is that of perseverance through folly. Whether that folly is revenge or a dream of a new city, the search for treasure or the chance to make amends, everyone involved with the town and trial is aiming toward new lives in the New World. They may damn or redeem themselves in the process.

Author Robert McCammon may have a horror reputation, but Speaks the Nightbird is very much a mystery with visions of witchcraft forwarding the narrative. The third-person narration slips within the perspectives of educated English subjects of the time, their diction easy to read for modern readers but old-fashioned in a mostly unobtrusive way. Readers will be compelled by the plot through many excellent passages of action, description, and dialogue. However, some of the questions in the prose start to seem more like filler than part of Matthew’s pondering, and towards the end the style somewhat falls into the march-step of a drawing-room whodunit about to conclude.  The depiction of American Indians isn’t horrible but could be improved.

Otherwise, this page-turner proves to be a solid detective drama in historical fiction disguise. One aspect the novel brings out is how much personal judgment and the mystery genre seize upon differences as clues, which can distinguish a person to others’ distraction or their own detriment. Yet vastly different, even opposed characters may be following parallel paths to the future.

Speaks the Nightbird is now available as an ebook here. Matthew Corbett has become a series lead in more books by McCammon.