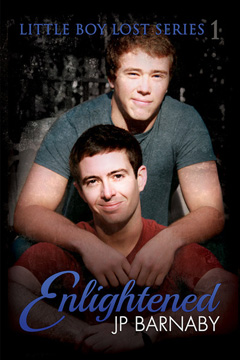 Imagine being cloaked in fear. Your best friend’s preacher shoves hellfire down your throat. All you can think is, “I’m going to Hell. I’m going to Hell.” That fear claws at you, curdling into a knot so tight you’re unable to breathe. For Brian McAllister this fear threatens to tear him apart.

In his junior year of high school, Brian’s already suffered more heartbreak and abandonment than any human being should have to at such a young age. He’s been passed around from foster home to foster home since he was 5 — his biological parents dying in a car accident. When he’s finally given the chance to live a normal life with his current family, he’s faced with a frightening revelation: he’s in love with his best (and only) friend, Jamie Mayfield.

In southern Alabama, where the heat is second only to the fire and brimstone the preacher hammers into them every Sunday, the social repercussions are severe. Brian tries his best to tamp his feelings for Jamie, fighting against his instincts and his desires. Then one night while the two are in the safety of Jamie’s tree house, Jamie kisses him. This one moment of intimacy gives them permission to explore the extent of their desire — if, of course, they manage to hide their relationship. They’ve only got about a year left of high school. Then they can go off to college and leave the close-mindedness of their little Alabama town behind them.

Their relationship progresses, albeit with some major bumps. But once in the sanctity of their tree house, they’re allowed to live in their rose-tinged world as if everything else was just a distant nightmare. It’s in this safe haven they take the final step in cementing their devotion to one another — they make love for the first time. The next morning Jamie’s mother finds them wound around each other, wrapped in their passionate repose. When Jamie defends his love for Brian to his family and their preacher, Mrs. Mayfield does the unthinkable — convinces her husband to take a job in San Diego. Brian is inconsolable, his hot tears making the torrential downpour insignificant in comparison. Jamie kisses him, holds him tight, and whispers in his ear, “Never forget that I love you.”

Little Boy Lost grabs you by the guts. You are so much a part of Brian and Jamie’s story that each breath, each moment of intimacy etches itself into your psyche. In the midst of all the hatred, the bigotry, and the fear you find yourself clinging to the edge of your sanity, hoping and praying their graduation day comes swiftly. And in the blink of an eye, you’re pushed over the edge, tumbling to the unforgiving rocks below.

J. P. Barnaby is a mistress of emotional manipulation. Her control of setting and characterization forces you to want to reach into her world and set everything right. Her narrative is thick with tension. It’s palpable, you can taste it to your fingers as you turn each page. I don’t think I’ve ever been as emotionally compromised as when reading Enlightened. Barnaby is able to touch that part inside you that remembers a time when you were at your most vulnerable and put you right in the thick of Brian and Jamie’s conflict. The first of the Little Boy Lost series is the perfect introduction to one of the most heartbreakingly powerful reads in the past few years.