Lisa McMann – Dead to You 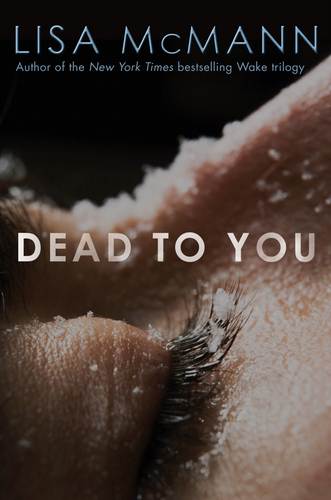 Lisa McMann has never disappointed me with her brilliant writing. Dead To You is no exception.

In it, we follow sixteen-year-old Ethan De Wilde, coming home nine years after being abducted by a woman named Eleanor. He attempts to protect his abductor by keeping her real name, Ellen, a secret, but is unsure why he’s doing it — after all, she never really cared for him. He arrives home to see a younger brother, Blake, and what he feels is his replacement, six-year-old Gracie.

As the story unfolds we are given detailed images of a lively small town. The life of the characters comes across naturally. Everything is described as if you can experience it yourself: the cold of Minnesota, the love of a family finally able to rest now that Ethan is home.

This is a light read with a very shocking ending. There is a sort of stillness from what is expected to happen. We follow a family trying to get back into their normal life — away from cameras hanging outside their doorstep trying to get a story.

Ethan is forced into an unfamiliar routine he never had to deal with when he was with Eleanor. He is forced to go to school. He feels out of place, having to call his parents up if he’s going to be late. He struggles to fit in. The only comforting thing is Cami, his next door neighbor. She’s a girl who he is told was his best friend as a child. As he gets closer to Cami — to understand where he comes from — feelings develop between them.

As family life gets harder and his younger brother begins to mistrust him, Ethan searches for a way to make life at home simple. Ethan has to face knowing his family is at risk over an abduction he was hoping would stay in the past.

What made me fall in love with the writing is how easy it was to glide from one chapter to the next, not noticing that I had already completed half of the book before I looked up for the first time. Dead to You is a book that will draw you in, staying on your mind for days. It’s almost as if you are trapped within the pages with the characters. It is a fantastic read for any level. Its beautifully constructed world is so easy to step into.

Dead to You is most definitely a different young adult book, touching on topics of kidnapping and coping with tragedies not everyone is able to grasp. But the style of Lisa McMann is so beautifully executed in a creative way that the book was always interesting.