The teaser trailer for the awaited new Dragon Ball Z movie has hit the net, first on their official site and then on Youtube:

Ok, so it doesn’t say a lot, just a look of our favorite Shonen hero, Goku, smirking at you after showing you lots of galaxies and then Earth, or their version of it. But as far as we know, the movie will take in the 10-year timeskip after Goku defeats Buu, and before the 28th World Martial Arts Tournament.

The official site also has a neat little message from Akira Toriyama in english: 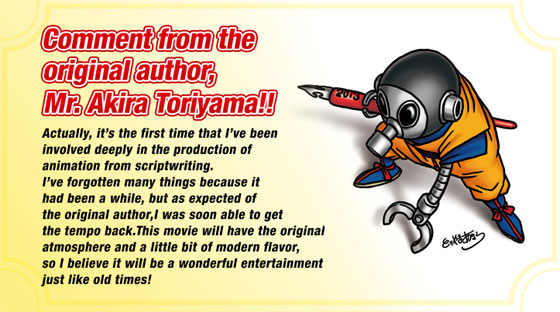 The new Dragon Ball Z movie is produced by Fox International Productions Japan Shueisha, Fuji TV, Toei Animation, Bandai y Namco Bandai Games. And it premieres in theaters in Japan on March 30, 2013. I really hope it comes everywhere else soon after that!