So shining SHINee are debuting in Japan. Not that they really need to, they are already very popular there. I felt that there was no need for them to remake this song in Japanese — this is their Korean debut single — but the result is very good, so I can’t complain. 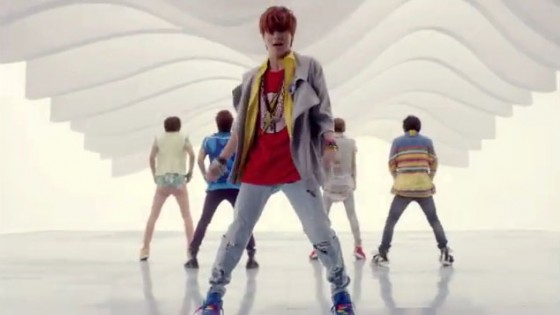 But I will forever sing, “noona nomo yeppeo“. Funny thing about this video is that it was released a day after SHINee’s third year anniversary of their debut in Korea. You can check the video on EMI Music Japan.

Here is the Korean version of the song.

Which version do you prefer?

Is the song better in Korean or Japanese?