The concept to Salyu’s vocal experimental project s(o)un(d) beams, out on March 23rd 2011 — in which she is credited as salyu x salyu and is produced by Cornelius (a.k.a. Keigo Oyamada) — is furthered with the video for the first single Tadano Tomodachi (ただのともだち), shot on a simple green screen and puts Salyu singing with three other Salyus. 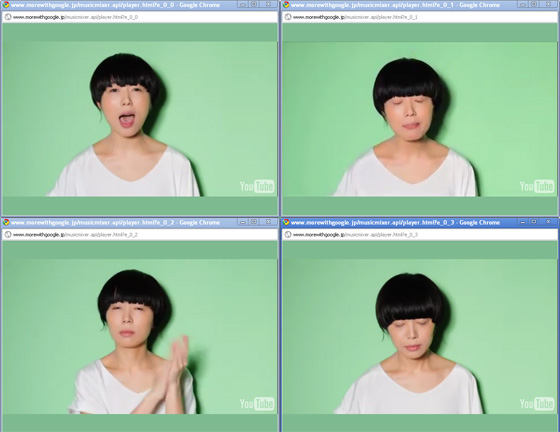 Head over here and hit “play”.

For the rest of us, you can listen and watch the edited video version~