Perfume – Museum of the Future

Japanese girl group Perfume have released their latest Yasukata Nakata track, Museum of the Future (未来のミュージアム), which will serve as the background song for the ending credits of the latest Doraemon film, Doraemon: Nobita no Himitsu Dogu Museum, to be released in March. However, what lands this insipid song into this database is their decision to make a sort of interactive version of the music video.

Check out a full version on YinYueTai.

Besides the manga-inspired music video that was directed by Yusuke Tanaka (田中裕介) of the Caviar directors collective, they also have launched a website that allows fans to edit panels featured in the music video, which are later analyzed to create a computer-generated final panel. 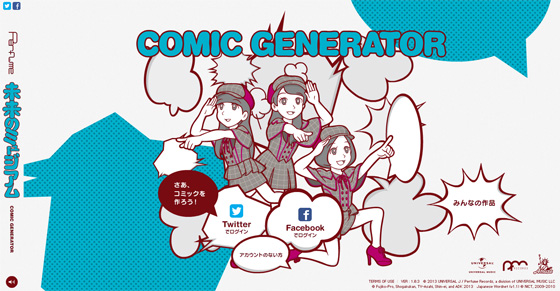 You can try it yourself at MiraiNoMuseum.com

The single will be released on February 27th.