Seeing as we are celebrating the beginning of the YAM LGBT 2012 blogathon as well as the release of Rowena Sudbury’s new novel and the second edition of her older one – Rowena being so nice as to give away a copy of each book via YAM!

Here is what you can win: 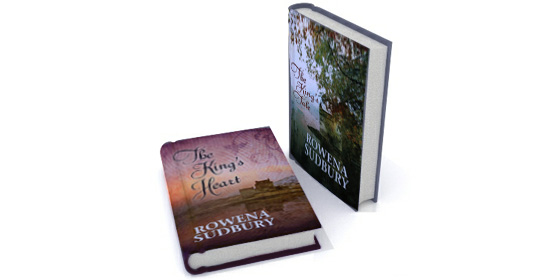 We are giving away eBooks not paperbacks!

Though Dafydd is the fourth son of Welsh nobility, when he leaves his home he becomes a humble woodsman in small kingdom of Lysnowydh on the sea. During a fierce storm, a stranger seeks shelter in Dafydd’s remote cottage. He is no ordinary traveler—he is Christopher, King of Lysnowydh. The wild passion that flares between them rivals the storm, and love moves King Christopher’s heart to name Dafydd Marshal of his troops to keep him close.

However, love is never simple or safe when it must endure the pressures of political life. Though Dafydd proves himself in battle, Lysnowydh’s nobles protest his rise in position and power. Forces will conspire against Dafydd and Christopher, and they must endure treason, treachery, and the demands of a kingdom requiring an heir to secure their happiness together.

Sequel to The King’s Tale

In thirteenth century Cornwall, a fierce king must have a strong partner, and that is what King Christopher of Lysnowydh has in his handfasted mate. Or had before rival King Warin kidnapped and tortured Dafydd to the point that, months later, he is still afraid to leave the castle. Christopher longs for Dafydd to accompany him to the other strongholds in his kingdom and to London to pay tribute to Henry III, but Dafydd is not ready. Christopher begins to wonder if Dafydd will ever recover.

Dafydd hates to disappoint his lover, but he is not sure what to do. Since he will not leave the keep, he renounces his position as king’s marshal, vowing to focus on the healing arts instead. Though Christopher continues to pressure him to travel, Dafydd staunchly stays at home—until his second sight shows him he could lose Christopher if he cannot face his fears. Determinedly, Dafydd sets out to prove he can master them.

When Christopher returns home to find Dafydd gone, he knows exactly what Dafydd must have seen. As he once promised he would, he follows his heart across his kingdom—but even if he finds Dafydd, he may not be able to heal the rift between them.

A Timeless Dreams title: While reaction to same-sex relationships throughout time and across cultures has not always been positive, these stories celebrate M/M love in a manner that may address, minimize, or ignore historical stigma.

Leave a comment on this post, tell us which copy you want and we will draw two winners by Sunday.

If you are interested in buying Rowena’s novels, then you can head over to Dreamspinner Press to do so.