Lo and behold, the French are setting up the first worldwide film festival online. At least that’s the idea behind MyFrenchFilmFestival.com, which starts today, January 14th, until January 29th.

Besides being able to watch shorts and films by French filmmakers, the best thing about this project is that the festival is available in 10 languages: German, English, Arabic, Spanish, French, Italian, Japanese, Portuguese and Russian.

If you are in Latin America, you’ll be able to stream the films for free.

If you are in the US or Europe, our friends at Cinencuentro.com have a code that will let you stream the films for free — otherwise you have to pay. Just head over here, and let them know what your favorite French film is. And don’t forget your valid e-mail address so they can send you the code. 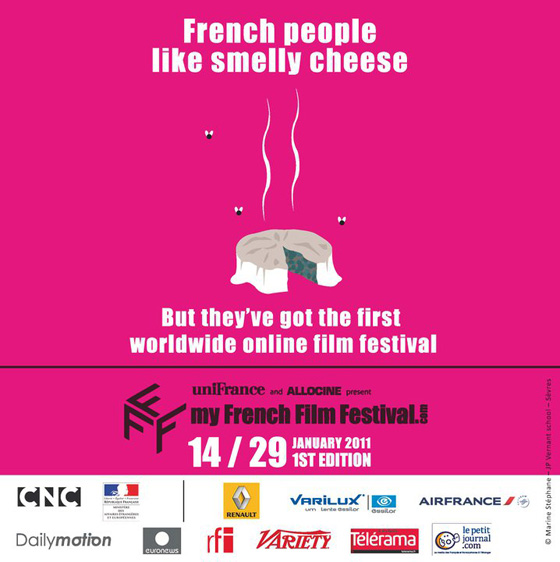