Western Canada’s Ambient Electro Folk band Familiar Wild has written an edgy break up letter to Vancouver in the form of a full album, Things We Forgot, which they are celebrating with a release show at Distrikt Nightclub in Victoria, BC (Canada) on December 2nd at 7pm, alongside newly re-branded Fortune Killer [Facebook] and Steph Macpherson [Facebook]. 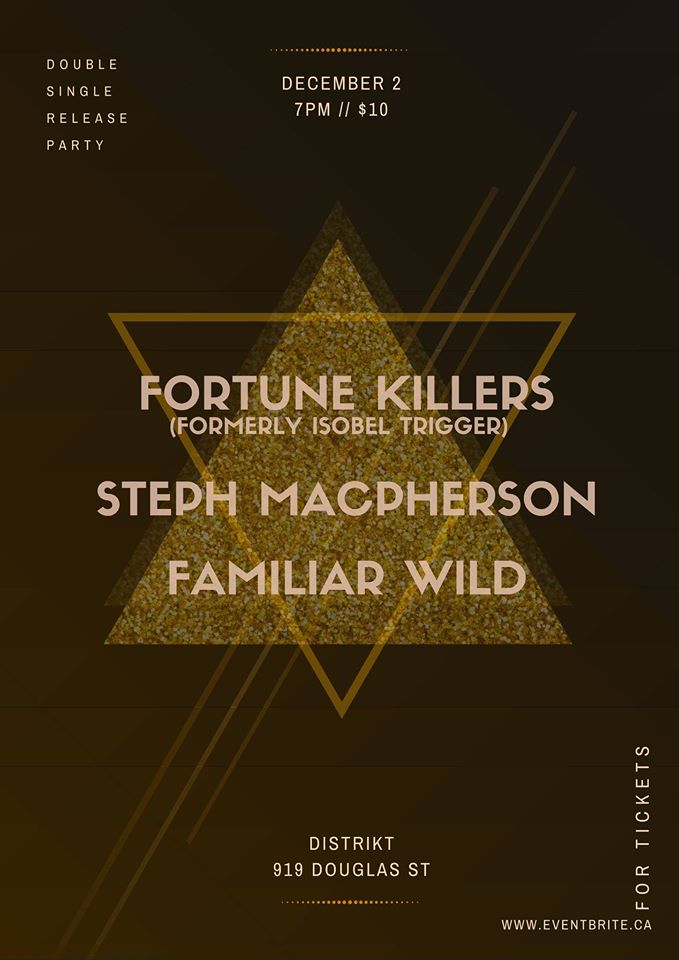 Tickets are $10CAD, sold at Lyle’s Place [Facebook] or at Eventbrite.com (still unlisted). For more information head over to the Facebook Event page.

The album’s conception was kickstarted by the growing unaffordability crisis in Vancouver which recently displaced one member of the band to more affordable territory in Victoria. The lyrical and video release content has become a warning to the growing number of unaffordable cities in Canada. The songs explore the theme of Home, Displacement and Things Forgotten in the busy mix of surviving large city living. Specifically, the album explores Home in the physical and mental sense, as Familiar Wild is now a band with members in two cities.

Things We Forgot drops in Canada (and, we suppose, non-geoblocked downloads?) on November 10.