While Brazil Telenovelas Shrink Families, Jdramas Seek to Expand Them?

In September last year, I read a VERY interesting article in National Geographic titled Brazil’s Girl Power — El Poder de Las Brasileñas, in Spanish — by Cynthia Gorney, who was exploring the decrease in the birth rate in the nation from 6.3 children in the 1960s, to 2.36 children twelve years ago to an average of 1.9 nowadays.

What made the article interesting is the fact that they were attributing this demographic miracle to the Brazilian telenovelas, where “90% of the female characters have an average of one child or none, which could have pushed Brazilian women to want smaller families.”

‘Is the Globo network trying to introduce family planning on purpose?’ says Elza Berquó, a veteran Brazilian demographer who helped study the novelas’ effects. You know what they answered? ‘No. It’s because it’s much easier to write the novelas about small families.’ 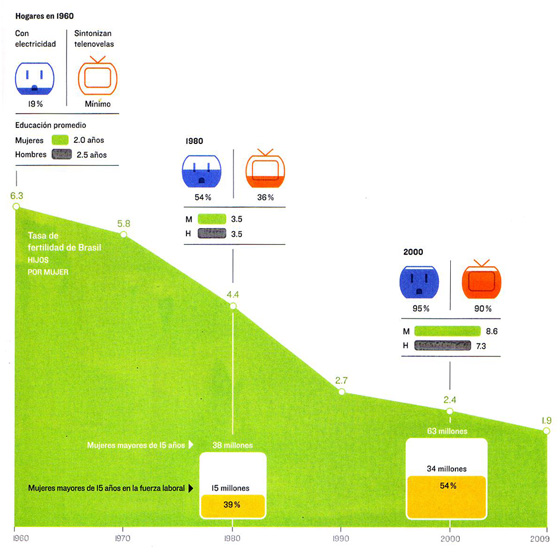 And you know I’m a firm believer in the power of mass communication, and there’s no stronger tool than television where information is fed to you with you pressing the ON button, instead of having to look for it online.