The Fourth Seasons: Being Human UK and Fringe

Do these shows maintain their integrity after shocking season three finales?

Being Human (UK) and Fringe settle the extraordinary in the ordinary with engaging characters, bursts of humor, and a set structure (the procedural format in Fringe, the everyday challenges in Being Human) to ground the sci-fi or supernatural concepts. Both shows experimented with radical changes in their fourth seasons, producing mixed results.

Infuriated with a ridiculous dystopian future arc and the handling of major character deaths, I decided to drop the fourth series of Being Human five minutes into the following week’s episode. Months later, curiosity overrode my conviction, and I resumed watching.

Fringe began season four with the erasure of one main character’s existence. Certain fans cried foul, but I was willing to go along with the concept to see how the show would explore that shift.

While it’s great to see shows take risks, both Being Human and Fringe had moments where their experiments went awry. In Being Human’s favor, the problems were mostly confined to the first few episodes. Fringe’s fourth season was lukewarm but promising, until the last third gave a new meaning to character assassination. 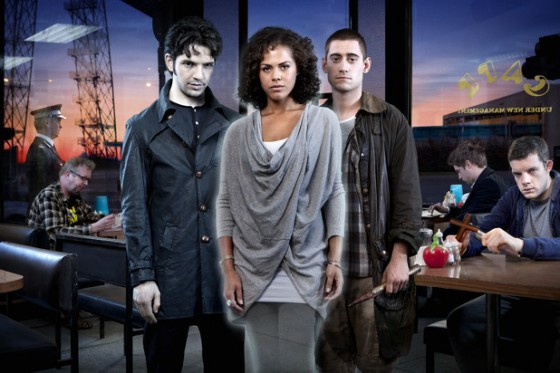 Yet no blame should be placed on the actors. Fringe’s cast expertly delineates multiple versions of their characters, from different universes and decades. Anna Torv and John Noble especially succeed at portraying two new versions of their roles — with a new timeline altering the Olivia Dunhams and Walter Bishops in both universes. Loyal assistant Astrid Farnsworth (Jasika Nicole) is still underused, but finally gets an episode centered on her characters. Jared Harris also returns as the scientist villain David Robert Jones, and while Harris gives a fascinating performance, the character as written has less of the ambiguity of first season Jones, when he used extremist measures towards the aim of preparing this universe for war.

Being Human’s show runner, Toby Whithouse, started in the industry as an actor. His show has become an actor’s showcase, with extremely character-specific dialogue that makes even bit parts memorable. There are complex differences and parallels in personalities throughout years — and even centuries — that the actors are game to depict. Damien Molony proves a worthy cast addition as Hal Yorke, a notorious vampire who has spent over fifty blood-free years hiding from his fellow “Old Ones.” Lenora Crichlow has a good mix of command and vulnerability as her ghost Annie Sawyer takes care of her friends’ newborn while also taking in the adorable, now orphaned young werewolf Tom McNair (Michael Socha). Antagonist/barrister/aspiring marketing genius Nick Cutler (Andrew Gower) emerges as the true surprise of the series, a vampire with plans of raising “an army on Twitter.”