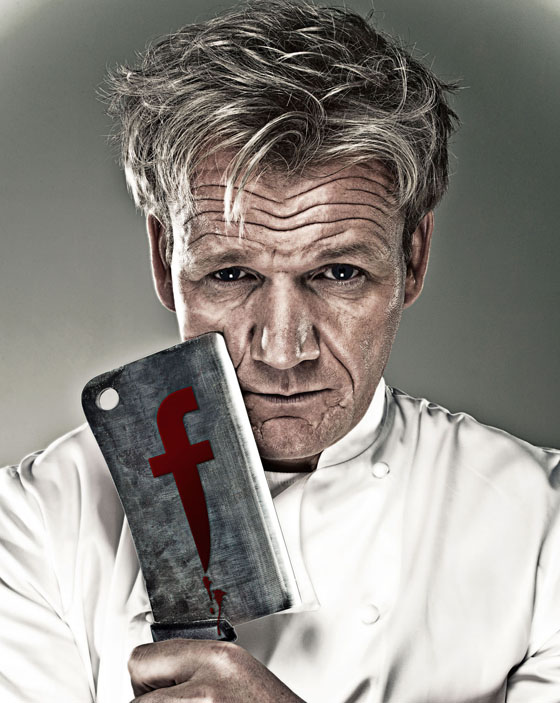 Who am I kidding? I like the biggest jerk of all, but at least he’s not passive aggressive about it. ;P

I don’t know why I like Gordom Ramsay. Maybe it’s because he screams his lungs out and that’s the way a real commercial kitchen is for me. It’s stressful, mistakes cost money, tempers are ablaze. From Hell’s Kitchen to Kitchen Nightmares, The F Word, and Gordon Ramsay’s Cookalong. I love them all.

He’s brutally entertaining and has a wicked sense of humor (when he’s flirting with his celebrity guests), doesn’t muse over the fine qualities of cooking because cooking is business, and thinks everyone can cook (for themselves)!

Also, someone should already make a damn rap album titled “Ramsay’s Rap Cookalong” or something, sampling all the golden nugget swearwords he’s dropped on TV. “Lamb Sauce” and “F*cking Donkey” should get their own tracks.

Your turn~ What other Food TV do you watch?

HOW DID YOU EVER GET INTO FOOD TV???