Raise your hand if you love watching the Food Network or the Travel and Living Channel, or any of its possible variations — there’s one in Latin America called Canal Gourmet. Well, there you go~ Whether it’s just a show hunting down food anywhere in the world, an actual cooking show where they teach you how to make stuff, a reality show following the happenings behind the scenes of a food-related company, a food contest or an educational one, chances are, you’ve watched Food TV one way or the other.

Food TV saved my life when I began living on my own and had to cook for myself when I was a teen, and I have been addicted to Food TV ever since.

Despite the amount of food-related programming on Asian television — DUDE! All my Taiwan TV-viewing revolved around cooking shows and food on the news~ My food lexicon is off the hook! — considering there are variety TV programs that have segments with their celebrity guests eating and guessing which aren’t their favorite foods (Kuwazugirai (食わず嫌い) [1]) and every time I tune into NHK, there’s a food related topic of either housewives wondering what to cook next, a random ranking of the best food to eat this summer, or just plain TV shows revolving around someone cooking. No, I’m not really familiar with Food TV people in Asia~

So this is my list of Food TV and its people. 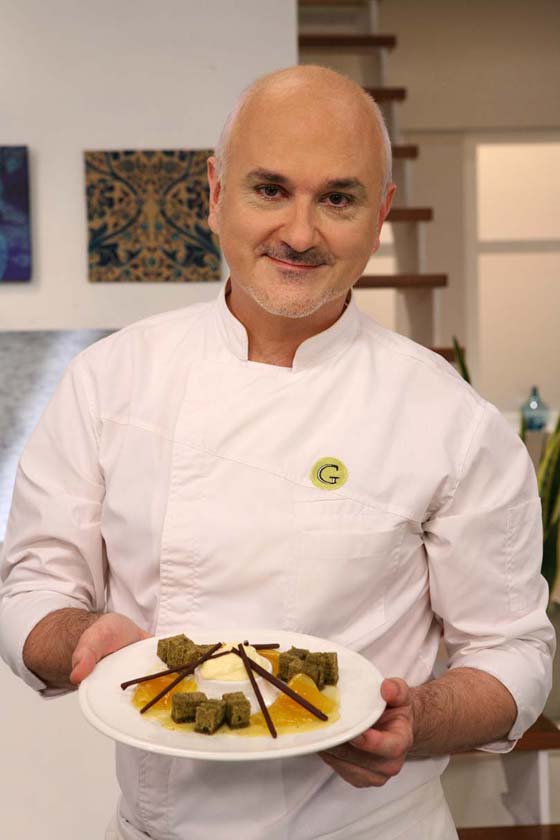 This one’s for my mom.

She loves the guy even though she avoids making desserts as if her life depended on it. Osvaldo Gross is an Argentinean Geochemist Engineer (?!?) and a Chef Pâtissier. I most remember him because my mother couldn’t stop herself from talking about his show, El Panadero y el Pastelero (The Bread-maker and the Pastry-maker), but he’s worked on a number of shows since 1992. His latest ones are called Método Gross (Gross Methods) and + Chocolate [ElGourmet.com].

And dude! Chocolate! Have you seen this quick chocolate-and-just-water mousse recipe?