The Hypocrisy of Korean Entertainment

If you have followed YAM Magazine for a while; then you might be aware that I am very much into anything and everything Korean. For the past three years, I have devoted myself to this culture, and I do love most of the things they produce.

But as with everything, nothing is perfect.

I have briefly touched upon this issue in one of my former features — done for the 2011 Korean Film Blogathon.

I discussed how Korean cinema was a bit more free to portray certain stories, while in television that was pretty much not accepted. I briefly mentioned the issue of homosexuality, and in this article, I would love to go more in depth about the topic and its relation with Korean entertainment.

There is this understanding that Korea is not so liberal when it comes to LGBT issues. Most of the times, from what I have seen in movies and television shows, being gay is not accepted. That is understandable, after all Korea seems to be a very conservative and old-fashioned country.

I’m not really an expert regarding this topic, my conclusions come from observations of the things I’ve seen, things I personally chose to see so I may not have the broadness to really analyse this issue, but from what I have been able to watch, this hypocrisy really bothers me.

Korea is not that open to homosexuality, right? Yet there is a phenomenom in the entertainment business that has pretty much demanded it, and has been often a key to success: fan service.

Fan service pretty much shows idols/artists/actors of the same sex implying romance/love between each other. That means that two guys act as if they’re in a romantic relationship. I say “guys” because it’s not often you see it between girls, and if you do, it’s often just assumed that they are just the best of friends. For some reason, it is more acceptable for two women to be more affectionate towards each other than two men.

Fan service is something the fans — mostly girls — expect from their idols. They do the job themselves when they pair up some of the idol members with each other, from there, fanfictions spring up and suddenly ships are born. Fangirls get excitement from imagining their favorite idols with each other. I have yet to understand why some girls like this, the homosexual relationship between two men.

The hypocrisy comes not only from the fangirls, but also, for example, variety shows. More often than not, males are asked to dress up as girls, act like girls or engage in some form of romantic play with each other. [1][2][3][4]

Here the issue is that the idols/entertainers must do as the variety shows ask them to do. They need to be on these shows to be able to gain recognition. At the same time, the variety show must act out the things that will grant them high ratings, so the public wants to see these sorts of displays. However, the issue comes in the fact that if any of them were to come out as openly gay, they would, for a fact, lose their popularity, job and even life.

Sadly, one actor was brave enough to come out as gay. But the aftermath of that confession ended in a very tragic matter. Ji-hoo Kim was an actor and a model. He soared to fame and was active for a year before coming out as a gay man. 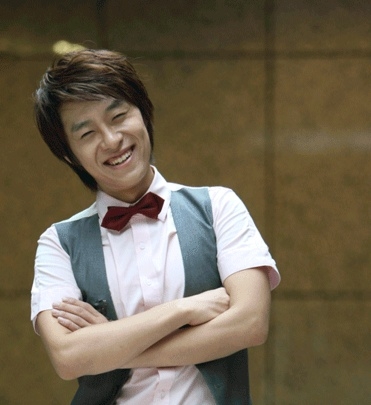 Model/Actor Kim Ji-hoo, who hanged himself on October 6th 2008, after coming out as a gay man.

After that he was bombarded with hate mail, he lost several jobs and his management company refused to renew his contract. Left alone and being judged for his sexuality, in the end he took his own life.

Here we have a system where men need to act as if they were attracted to other men to gain popularity. You expect it, go crazy about it, write about it, scream for it, make tribute videos about it [1], but as soon as it becomes a reality it’s not OK. Now, where is the fairness in that?

It’s OK to be gay as a joke, but to really be gay is not acceptable. I find that to be utterly blasphemous and downright mean. However, everything is not dark in the Korean industry. There is some hope.

First we have Seok-cheon Hong [1], who came out in 2002 and as with Ji-hoo Kim, was bullied for it. In his case, I applaud him for staying true to himself and for standing up for his right. I hear that he is doing well in the entertainment business, so much that he is being invited to primetime shows and posing with one of Korea’s biggest musical stars [1].

Then we have one of the more shocking acceptances of an LGBT person. Harisu is a transsexual entertainer, being born a boy but later became a woman through surgery. She became famous when she did a commercial for a cosmetics company — her story is a positive one, but she still faces discrimination. She says, “Many people pretend to smile and welcome me, but after the filming, they’d scold me behind my back.”

As of today, Harisu is happily married to Micky Jung — former EQ rapper — since May 2007. 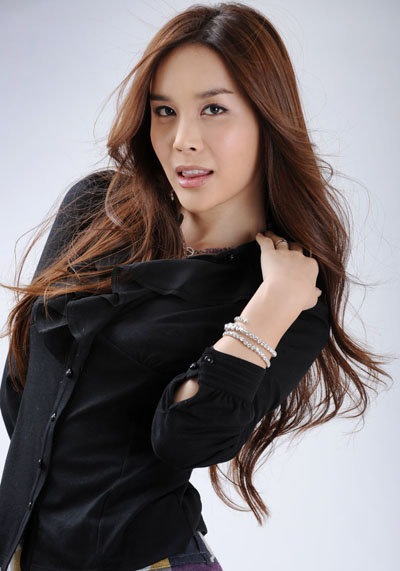 I can understand why having males being romantic towards each other can be fun and entertaining — it’s a bit taboo, it’s a bit forbidden. Having male idols/entertainers/actors act out these fantasies adds to the shock factor and tension. It’s all fun and games until it becomes reality, and then you are left with a bitter taste. It’s like playing with fire, but as soon as you get burned, you back out and start blaming the fire.

However, homosexuality is not something harmful. Who you decide to get freaky with in your bedroom is a personal matter. I don’t think it should matter regardless of if you are a famous person or just an Average Joe.

The hypocrisy that is going on in Korean entertainment is not OK. Not OK at all.