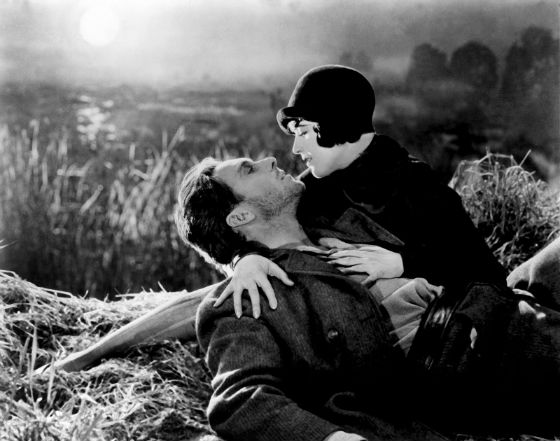 Two days after the premiere, during Saturday’s Variations on a Theme panel, which was supposed to be a discussion of the creative process of scoring silent films, Spinelli was put on the spot to defend new scores, which were at one point called, “graffiti.” Responding to the accusation, Spinelli said, “They’re not graffiti because graffiti is stuck on a wall, these scores are not; they’re a one-time performance.”

Expanding on those thoughts, Spinelli told YAM Magazine that he doesn’t think his score is, “the ideal score for Sunrise,” but that, “any score can be legitimate, provided it serves to illustrate the emotions of the film.”

Addressing the jarring first sixteen minutes of his score Spinelli said, “the audience needs to hear something new. If you’re going to do it, go all the way. It’s a clear message that we’re using electric guitar; we’re unapologetic.”

Defending the use of modern instruments like the electric guitar, Spinelli thinks scores like these will help get your average person off the street more interested in silent cinema, saying, “this music speaks their language.”

Spinelli continued to illustrate his point, saying, “today’s audiences are blasted with sound,” and that many, “won’t be drawn in,” by traditional scores that accompany most silent films shown in theaters today. At the very least, he says, “that’s the debate.”

For more information on Giovanni Spinelli’s work, including a preview of a documentary about his score for Sunrise, be sure to visit his website.