You are involved with the Beijing Queer Film Festival, which is only gone through its fifth edition even though it was established nearly ten years ago. What are the biggest hurdles to go through organizing such an activity in Beijing?

The thing is, we organize a lot of small-scale screening events of queer film in Beijing, and they don’t have a problem. The Beijing Queer Film Festival, however, is a different story. Ever since its first edition, it has been plagued by government meddling. Most probably it’s because of the ‘festival’ title, which kind of calls more large-scale things to mind, that it always had problems.

You can read the press release we issued after our Festival in 2011, which should give you an idea of the problems we encountered. 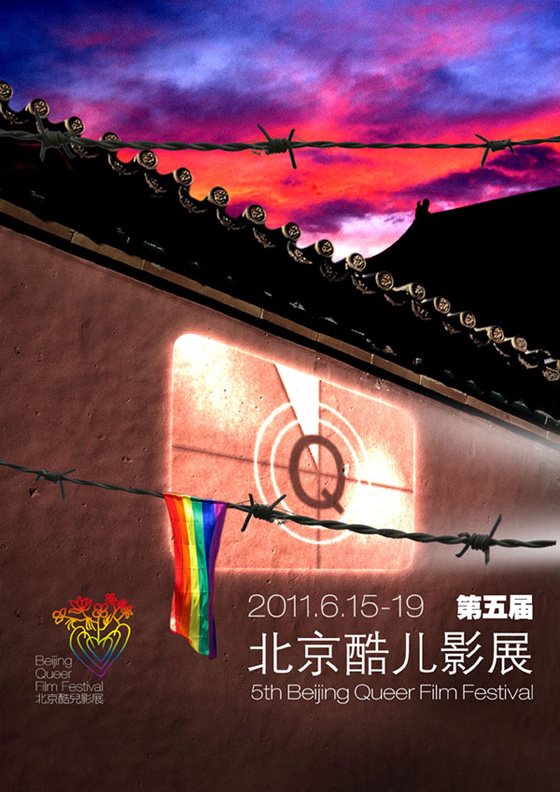 I guess, all in all, with the Beijing Queer Film Festival, but also with other events, the biggest hurdle is that you never know what’s going to happen. You can prepare all you want, but you never really know if in the end your event is going to be halted or not. That uncertainty is kind of haunting sometimes, gives a lot of stress, and makes it so you always kind of have to be on the tips of your toes, not only prepare a plan A, but also a plan B and maybe even a plan C.

What are your favorite Chinese (Mainland, Taiwan or Hong Kong) LGBT films?

What comes to mind right now, are some of the older films like Farewell my Concubine (霸王别姬), The Wedding Banquet (喜宴), Happy Together (春光乍洩), East Palace West Palace (东宫西宫), Fish and Elephant (今年夏天).

One older “classic” that is not that widely known is Men and Women (男男女女) from the Chinese mainland — it’s one of the first gay movies from the mainland, and it actually stars our Queer Comrades director Xiaogang Wei (魏建刚). It’s made on a shoe-string budget, but I really like it as it has something gritty and real to it.

Then some more recent ones are Queer China ‘Comrade’ China (誌同志) from a couple of years ago. I like it because it really gives such a great overview of the LGBT movement in China during the past 20 years, and also Soundless Wind Chime (無聲風鈴), which played in 2009 at the Beijing Queer Film Festival. I really liked that one too.