Who are the Reigning Queen and Princess of Pop? 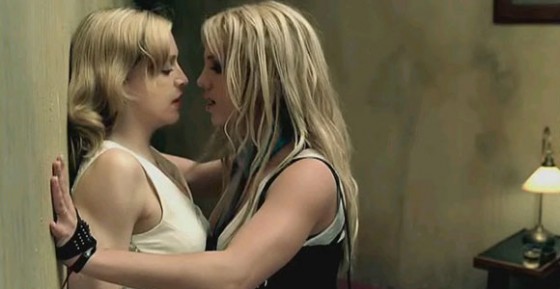 Remember when Britney was at the top of her game and everyone referred to her as the Princess of Pop, while Madonna was the reigning Queen of Pop and she could do no wrong? It was certainly an event when both collaborated in 2003 with Me Against the Music — then there was the ubiquitous VMA lesbian kiss where everyone forgot about Christina Aguilera.

I think it’s time to talk about this now that MTV’s horrible VMA tribute to Britney is done, pretty much putting a stop to the idea that we could have the old Britney back, and Madonna — three years after the mix-reviewed Hard Candy — recently got a good beating from the press for the release of W.E.

We know that Disney has failed to produce a new generation of idols to ever be considered worthy of such Pop glory, with the likes of Miley Cyrus more known for those skimpy photos online, or Demi Lovato who made more headlines for heading off to rehab. Nope, even the likes of Lindsay Lohan became trainwrecks before anything could happen.

Yes, the Pop industry is a cold-hearted world, in which you hit 30 and are past your prime. That’s why our reigning Queen should have the balls of steel to endure the harshness of the business as she enjoys our respect, which she should have earned with sweat and blood. The reigning Princess should also be prepared to endure such obstacles, as she grows a pair and continues the path to Pop greatness, passing her baton to a new generation of princesses as she gets crowned a Queen.

While Madonna managed to stay at the top of her game for 20 years with style changes, music changes, reinventing herself over and over again until she got swallowed by that sound that we know as Timbaland, Britney, well… she got the baton and really went crazy with it. They’ve been getting crazier at a younger age.

Maybe it’s the times we live in, but it feels like there’s a huge void in what used to be Pop music which is being  filled in part by Lady Gaga [1] and would somehow explain the rise in popularity of Kpop [1] in places like Europe and the Americas (North, Central and South).

So we’re taking a look at all the possible candidates, viewing their pros and cons which should level their capacities of dancing, singing, performance skills, likability factor as well as character (which in the end is the only way you can take hold of your life in the Pop industry), fashion status, personal life scandals, and just because Madonna and Britney made it a standard, sexuality factor.

All listed by how old they are, from eldest to youngest~