What was it like to add Scott to the band with so few foreigners in the music industry in Korea? Was there an adjustment process at all for the band to add a member so long after the original formation?

Scott: (To Do-Hyun) What was it like to add me to the band, since no foreigners were in bands)

Do-Hyun: Ok. He’s a nice guy. His face is a little red right now but…

Do-Hyun: He’s really, really, helpful for us to go to the west, like a bridge. He knows all about very specific music indie scene.

Scott: How about in Korea? She was asking how it is in Korea because before me there were no westerners in the mainstream like bands.

Do-Hyun: Korea? Ok. Um. You know we mentioned about music changing, so members is a visual change. Actually that’s the big affect to fans.

Scott: You know one of my friends was watching my concert a long time ago, when I first joined the band, and there was kind of an older middle-aged woman kind of standing right next to me, with her friend, right? In Korean, you know we say ahjumma, and she was like “who’s that guy? His legs are too long!” So there you go, that’s like my impact on the Korean market. So, just be careful, if your legs are too long!

Do-Hyun: They don’t wanna take pictures with him.

Do-Hyun: You know Koreans, they really care about the face size all the time, with their pictures. 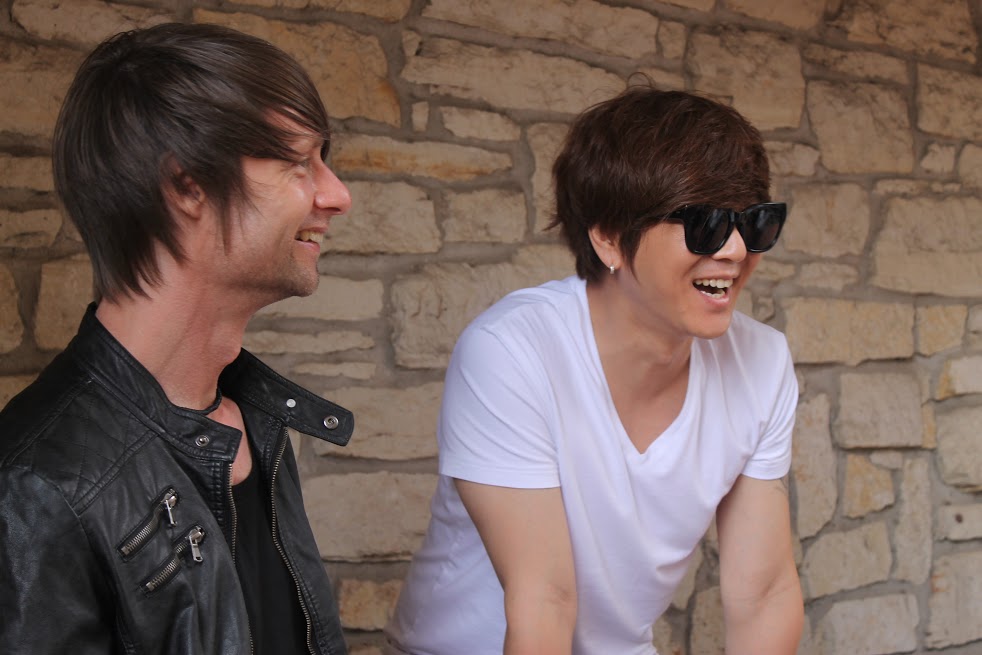 So he makes their face look too big, so they don’t want to take a picture with him!

Scott: In England tho, it’s weird, for me that’s like “Ehh?” It’s a first, it’s a first though in the Korean music scene. After me there was Brad from Busker Busker, and since then there hasn’t been anyone. There’s been like other areas in culture that have been fusing sort of cultures and other countries but certainly in the rock scene there’s only two guys. It’s really interesting.

Do-Hyun: Only one bad thing, can I say? One bad thing is, I’m a guitarist too, I play guitar, I really love to play guitar but including Scott, it’s really difficult to…

Scott: But you’re really good at playing piano too!