Having played in the United States several times now, have you noticed any differences in how US & Korean crowds react? Was there anything you expected to be different that wasn’t?

Scott: It’s like there’s two sides of it. There’s the fans, and then there’s us. We get a different experience from it. But weirdly, it kind of ends in the same thing, where we just lock into like the way we play, we do the same show essentially, and then we get a similar response to what we get in Korea.

I think what really helps is the Korean American fans that come. Because a lot of them that come don’t get to go to Korea, but they see Korean media and it’s very close to them. And they get really emotional when they see us, and that lifts up somebody that maybe just, who, I don’t know, just lives in Texas and just happens to be there for the gig and they watch the reaction and they come into that feeling. And after a concert we get a lot of westerners coming to us saying “I didn’t know who you guys were, but that was amazing! I didn’t even know that, and all these people came to see you” They sort of see that there’s a whole other sort of music scene out there.

Scott: I think I don’t know, there’s like K-Pop people coming, you know the girl bands boy bands, but we have the kind of music where people go nuts.

I have the live CD’s, I know how crazy they go. 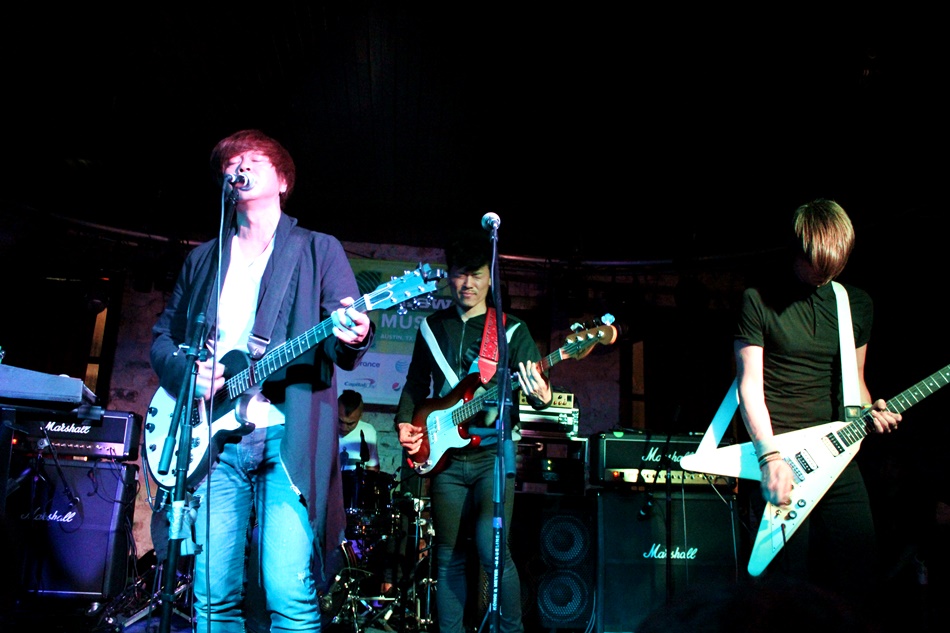 What is it like to be so well known in Korea, and then come to the United States? Is it like starting over as a new band?

Scott: Sometimes, but like I said before we’re kind of lucky because the Korean Americans support us so much. That’s the thing we’re really thankful for. As a stepping stone we’re really lucky to have that. Because if we didn’t have that, we really would be starting from scratch.

Do-Hyun: We had a show at the Whisky, in LA. Right before we came to South by Southwest. It was packed, the crowd was packed with Korean Americans, and this show was a kind of showcase we showed to American music industry people. So they said that they didn’t expect, they didn’t know about YB. Finally after the show that said that it was amazing. The crowd is music too, I think.

Scott: And that’s the audience that makes it for us. That reciprocal feeling of like we enjoyed it, they enjoyed it, we can see them enjoying it. It makes us in a good zone. That’s why we can say that.

Do-Hyun: Korean Americans: *imitates screaming* If the crowd is big, that makes courage for me.

You feed off of it?