Imagine if you will, that you dropped your parents old surfer rock, a dash of punk, and todays new electronic rock into a blender, poured them back out and made a band – that’s what you have with Rock ‘N Roll Radio. The best mix of a series of great rock genres all rolled into one nifty package, and the best part is that the band members are all really great guys.

They’ve been awarded the honors of Rookie of the Year by the Korean Music Awards, hand-picked to attend several KOCCA sponsored events, including the world-famous South By Southwest and Midem music festivals. You can say that these guys are going places, but that just breaks off the tip of the iceberg. The quartet have been working hard to create a unique sound unlike anything else coming out of Korea, and they’ve managed to intrigue listeners the world over with that sound. We caught up with the band just a few days shy of their first European events, and guitarist Naehyun Kim answered some questions for us. 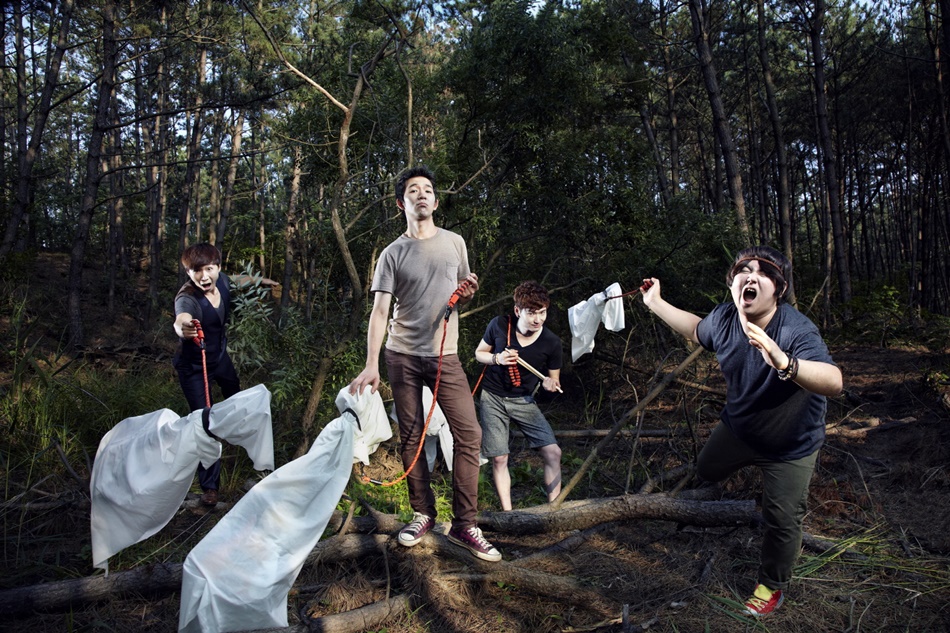 Hello! Will you please introduce yourselves to our readers?

Hello, to you too!  We’re Rock ‘N’ Roll Radio from a land far far away!  We’re a four-piece Korean rock band that makes music that is exciting and melodic.  At home, some people think that our music sounds like British rock music.  What do you guys think?  Feel free to let us know!

Rock ‘N’ Roll Radio formed in 2011 and we released our first album, “Shut Up and Dance,” in 2013.  Last year we won Rookie of the Year at the 2014 Korean Music Awards and did two American tours.  This June we’ll be traveling to France for the first time for concerts at Midem Festival in Cannes and club shows in Saint-Étienne and Paris.  We’re really excited about the tour.