It’s that time of the year again when everyone makes their lists of the best things they’ve seen or heard. In my case, however, I don’t like to call my list “the best of” because I am not sure if what my picks are the best choices. Pretending to list “the best” of something is giving me self-importance and stroking my ego. 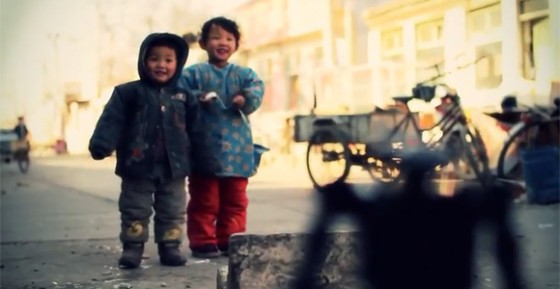 Many animated music videos weren’t limited to the traditional forms of animation — 2D animation, CGI, stop-motion or puppets. There were many artists who made mixed-media videos like the Her-Morning-Elegance-esque Korean music video, Turned Off the TV [MV] by Leessang, jelly-beaned In your Arms [MV] by Kina Grannis, or Me Voy [MV] by Jesse & Joy.

Mainstream music had the ever-present OK Go with All is Not Lost [MV], the strangeness of Lady Gaga in mermaid Frankenstein something-something Joe Calderone attire for Yoü and I [MV], or the also kind of Apocalyptic Run the World (Girls) [MV] by Beyonce. The Korean music scene exploded with some very good videos starting with two of this year’s favorites: Big Bang’s Love Song [MV] and DBSK’s Before U Go [MV].

There were also some very notable LGBT-related music videos like our #1 pick for LGBT Music Video for the LGBT Blogathon, Denise Ho’s double LGBT music video feature for Infatuation [MV], Rainie Yang’s Scorched Pair of Ears [MV] and even a brief glance in Julieta Venegas’ Ya Conoceran [MV].

Yes, 2011 feels like it has been a good year for music videos, or maybe it’s just been a lot easier to keep up with them en masse thanks to technology and social media. There were also some notable unofficial music videos worth mentioning like Now at Last by Feist put together by Lawrence Chen.

So let’s start with our list of music video highlights of 2011! Though there is a lack of socially-conscious and heavy-handed videos in contrast to last year’s list, there are one or two that might catch your eye.

Hermitude – Speak of the  Devil

This immediately brings memories of SOUR’s Hibi no Neiro (日々の音色) [MV], though I have no idea if that’s good or bad. The video is definitely fun.

World Order’s slo-mo walk is commendable — they’re the best slo-mo walkers out there, and they do it everywhere and at any time. Don’t be surprised if you’re walking around town and these guys show up. [1]