The Galaxy Express guys have safely returned to Korea and from the sound of it had an amazing time here in the US. I got a chance to ask them a few follow-up SXSW questions, and a few that had come to mind after our last chat.  I’m glad they had some time to talk to us. It seems they’ve already started getting busy back in Korea! 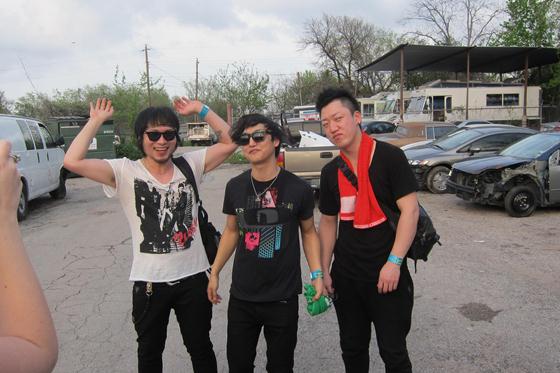 Ju-Hyun, Jong-Hyun and Hee-Kwon outside Bernadettes in Austin, TX

Hi guys! I hope you had a blast on your second US tour! How was your experience this time?

Ju-hyun: Our American tour was so awesome! We met lots of great people, visited some really cool cities, and had a lot of fun.

Do you have a favorite memory or two from this year’s tour?

Hee-kwon: We rented a motorhome for the last week of our tour. We thought it was really fun to hang out inside of it and relax on the first day we had it. But when we started driving around in it, we realized that it shook a lot on the road. It was hard to relax when everyone was being shaken around so much. It was really funny.

Ju-hyun: The final gig of our tour took place at The Mohawk in Austin. It was an amazing night. We met so many really cool people who lived in Austin or near Austin during our tour. A lot of them came to see us play during our last gig. It was such a great feeling to see so many friends in the audience.

Jong-hyun: Our official SXSW showcase was a lot of fun. The audience this year was bigger than our SXSW showcase last year, which made us really happy. The New York Times mentioned us in their SXSW recap too. We were so surprised when we heard about that. We were all shouting and jumping around in celebration.

Were there people who remembered you from last year?

Jong-hyun: Some people who saw us last year during SXSW came to watch us again. 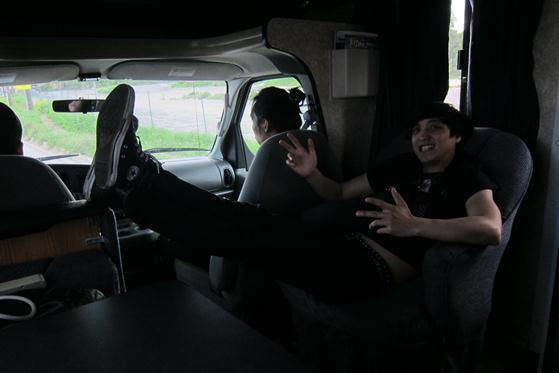 Jong-Hyun hanging out in the oh-so-shakey motorhome.